Gold's Next Massive Rally Will See The Metal Head Towards $1,500, Says TD Securities 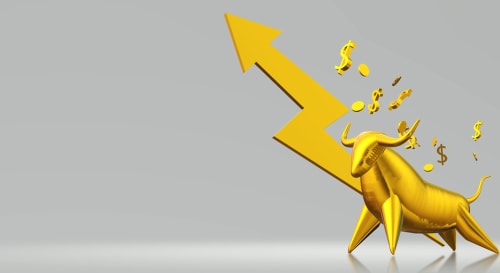 (Kitco News) - Gold’s rally is temporarily exhausted, and prices are likely to remain range-bound until a new wave of bullish sentiment takes the metal towards the $1,500 level, according to TD Securities.

Solid U.S. economic data will keep a lid on gold prices for the rest of the year with markets unable to price in an aggressively dovish Federal Reserve, strategists at TD Securities said on Monday.

“For much of the next six months, gold investors will likely bet that the Fed will reduce rates — but not as aggressively as the Fed Funds futures curve would suggest. Stable inflation and still decent US economic numbers are the key reasons why the US central bank is unlikely to convince traders that its time to go aggressively into simulative mode,” TD Securities head of commodity strategy Bart Melek and commodity strategists Ryan McKay and Daniel Ghali wrote.

The latest example of decent macro data negatively impacting gold was when the metal dipped below the $1,400 an ounce level during the North American trading session on Friday in reaction to the U.S. economy adding 224,000 new positions in June.

“This strong data prompted markets to price out a full 25 bp rate reduction from expectations. This lifted rates and the USD, which is very destructive for gold prices … Key support seems to be at $1,381/oz (38.2% fib of the 2011-2015 rout), with resistance near $1,440/oz,” the strategists noted.

TD Securities expects gold to remain around the $1,400 an ounce level for the rest of the year and then begin to climb, rising to $1,474 in Q4 of next year.

Key events to keep an eye on this week are the Fed Chair Jerome Powell’s testimony as well as the FOMC June meeting minutes.

“Following a particularly robust jobs print last Friday, Powell's testimony will be highly scrutinized as it is his chance to push the market to reconsider its rate bets if need be. In our view, we continue to see a 25bp cut in July as our base case, which should keep gold prices trading near the $1400/oz mark for the time being,” TD Securities’ latest update stated.

An interesting bullish development from abroad last week was the appointment of Christine Lagarde as the head of the European Central Bank (ECB).

“[This] drove bond yields in southern and western European countries lower. As such, there is now a record $13.3 trillion worth of bonds yielding negatively across the globe, which should help gold prices remain supported,” the strategists added.

On top of that, weak global growth outlook will continue to support gold prices long-term, the note pointed out.

“While markets initially responded positively to renewed hopes that the U.S. and China would return to the negotiation table, that hope was soon destroyed by weak economic data spreading from Asia to Europe, and emerging evidence that the U.S. economy is also slowing,” Melek, McKay, and Ghali wrote.