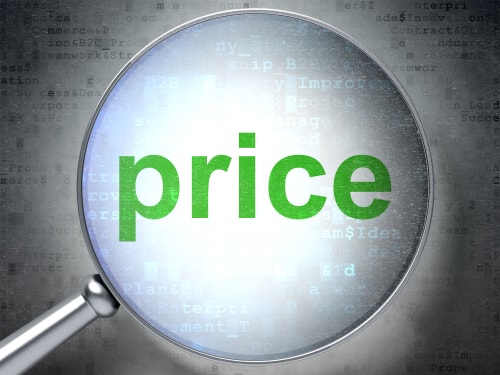 (Kitco News) - A major macro shift has triggered gold's breakout in June, which has led to the metal’s “cyclical repricing” with the new ceiling set at $1,440 an ounce and a new hard floor at $1,350, according to Scotiabank.

“Gold's sharp repricing in June, in both US$ terms and versus other fiat currencies, was a statement breakout; it highlighted a macro regime shift and proved that it has adapted to be a geopolitical hedge, a trade policy hedge, a rate cut hedge, and a currency war hedge,” said Scotiabank commodity strategist Nicky Shiels in the Metals Monthly report.

Any future potential moves higher will depend on macro data, the central banks, as well as U.S. geopolitical and trade policies.

"The combination of the dovish commitments by global central banks against a backdrop of increasingly more unpredictable and complex trade & geopolitics and softer growth (especially in the manufacturing sector), has ensured $1,350 is the new hard floor; further upside (i.e.: through the $ 1,440 ceiling) is now increasingly dependent on U.S. politics/geopolitics and trade, in addition to data, especially if the larger underweight generalist investor subscribes to the structural long gold story," Shiels explained.

Scotiabank is currently anticipating a 25-basis point rate cut by the Fed during the July meeting. “The Fed is still likely to cut at the July FOMC, unless there’s both a formal trade agreement (now very unlikely before July) and inflation metrics improves dramatically (also unlikely). There's little ‘cost’ for them to follow through with a 25bp insurance cut,” Shiels wrote.

But, it is not just about the Fed as other major central banks around the world have been striking a dovish tune as well.

“Global CBs have changed the rules of the game by talking about ‘insurance cuts’ (now) and confirming that ‘crosscurrents’ (trade risks, geopolitics) need to be counteracted. That depletes the no. of cuts available in their arsenal (later) when/if a recession does hit, which essentially, also promotes the use of alternative monetary tools earlier,” the strategist noted.

U.S.-China trade spat is all far from being resolved, singling a larger change in the world’s global order, the report added.

“The U.S. & China are still far apart on core structural issues (from tariffs on goods, to national security to IP) where China wants concessions (the removal of current tariffs is the first 'requirement') if any durable deal is probable. The (multilateral) global order of trade is being redesigned into a series of several bilateral trade agreements as the threat of populism expands its reach, which makes collective action (in the face of a global recession) unlikely,” Shiels said.

When describing gold, Scotiabank said the metal is first a currency with strong correlations to JPY and EUR, then it is a rate's hedge, and lastly, it is a commodity.