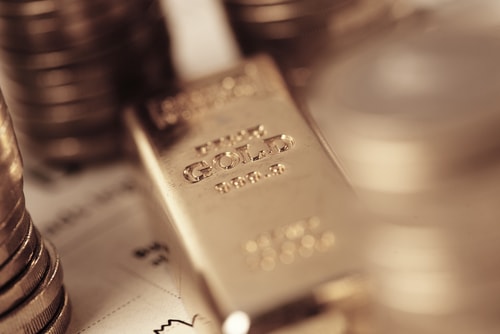 (Kitco News) - Gold prices could be looking at more gains in the next few months as recession fears grow and the Federal Reserve begins to ease, said a bullish research firm.

Demand for the yellow metal is only likely to increase in an environment of lower interest rates and slower economic growth, Orchid Research wrote in the latest Seeking Alpha post.

“Despite a weak start to July driven by less Fed dovish expectations after the stronger-than-expected U.S. jobs report for June, we remain constructive on gold in the course of July. Although the dollar has moved strongly higher after the June jobs report, gold has proven resilient,” the firm said. “The yellow metal has entered a bullish regime in which bullish news flow is more impactful than bearish news flow. As we expect stronger monetary demand for gold in the coming months, we see gold trading higher.”

Recession fears are driving investors to safety, Orchid Research noted, stating that the probability of a recession went up from 29% in May to 33% in June, based on Treasury spreads model put together by the New York Federal Reserve.

“Historically, a reading above 28% has consistently led to a recession over the past 50 years. This reinforces our expectations for stronger safe-haven demand for gold in the coming months,” the firm wrote.

If a recession is indeed around the corner, the gold market could see further increases in net long speculative positioning, ETF inflows, and more active physical buying.

Central banks’ global demand for gold has also been on the rise and is likely to remain a key supporting factor for the rest of 2019, Orchid Research pointed out.

“Most central banks from the EM world have boosted their gold buying in recent months … The Chinese central bank (PBOC) lifted its gold holdings by 10.3 tonnes in June, after buying 74 tonnes in the first five months of 2019,” the post said.

Silver, on the other hand, has been disappointing investors but it presents a great value-buying opportunity, according to Orchid Research.

“The gold:silver ratio is at its highest since 1992 at 92. This suggests to us that silver offers a very interesting value proposition … As silver is at its cheapest level since 1992 (relative to gold),” the firm wrote on Wednesday.