Gold To Be Supported By Monetary Policy, Central-Bank Buying - WGC 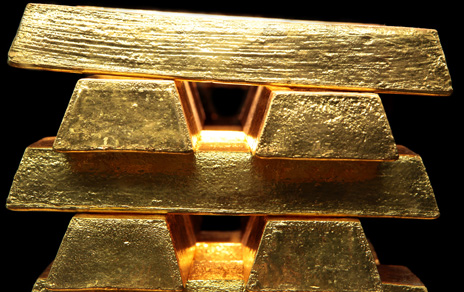 Further, much of the world’s bond yields are either negative or else real yields – adjusted for inflation – are below 1%, not offering investors much return in this market, the council said in an outlook report released Thursday.

During the next six to 12 months, the WGC said, gold-investment demand is likely to be underpinned by financial market uncertainty and accommodative monetary policy.

“This is evidenced by the positive inflows in gold-backed ETFs [exchange-traded funds], capturing $5 billion or 108 tonnes [year to date], led by European funds, as well as higher net longs in Comex futures, which averaged 369t [tonnes] during the first half,” the WGC said. “In addition, central banks reported net purchases of approximately 247t, equivalent to $10 billion, through May, continuing their expansion of gold holdings as part of foreign reserves.”

The WGC pointed out that expectations for global monetary policy have shifted by 180 degrees.

“Less than a year ago, both Federal Reserve board members and U.S. investors expected interest rates to continue to increase, at the very least through 2019,” the WGC said. “By December, the most likely outcome was for the Fed to remain on hold. Now, the market expects the Fed to cut rates two or three times before the end of the year.”

The European Central Bank and Bank of Japan are also expected to be accommodative.

The WGC listed several risks to the global economy, including potential negative long-term effect of higher tariffs amid trade tensions between the U.S. and its trade partners,

geopolitical tensions between the U.S. and Iran, and uncertainty surrounding the U.K.’s exit from the European Union.

“Investors are facing a conundrum,” the WGC said. “Traditionally, bond holdings provide diversification and hedge their [investors’] stock-market investments. But both high- and low-quality bonds are expensive as yields have generally fallen and credit spreads compressed since 2011.