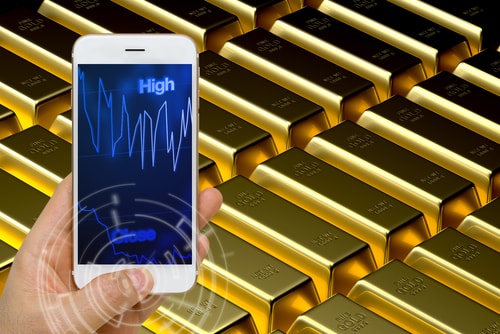 (Kitco News) - The gold rally is likely to peak by year-end, reaching a high of $1,440 an ounce in December, according to an upwardly revised forecast by the Australian bank Westpac.

Underpinning these price projections are central banks proceeding with monetary policy easing around the world.

“A coordinated global easing in monetary conditions now looks assured, supporting market confidence and activity through challenging times and in turn sustaining the current global economic expansion,” the economists explained. “There is cause for the FOMC to cut by 25bps in July and likely follow-up that move with another cut in October or December, depending on the data flow.”

Concerns over global economic slowdown are driving central banks towards easing with Westpac estimating for the U.S. economy to grow 2.4% in 2019 and 1.8% in 2020.

“Come the second half of 2019 and 2020, growth will slow, but a full-year outcome at or a little-above potential remains our base case,” the report stated. “[Fed’s] pair of cuts should be seen as a fine-tuning exercise to ensure GDP growth is sustained at or above trend rather than a full cycle of cuts to fight-off the risk of recession.”

The trade war between the U.S. and China is also far from being resolved, which is impacting global business sentiment and manufacturing, the bank added.

“Underlying issues surrounding market access and intellectual property remain unresolved, and in any case, the uncertainty associated with a lack of an agreement has already damaged business sentiment and seen global manufacturing grind to a halt,” Westpac noted.