(Kitco News) -Palladium is expected to remain the hot investment this year, but investors should keep an eye on platinum’s long-term potential according to CPM Group. 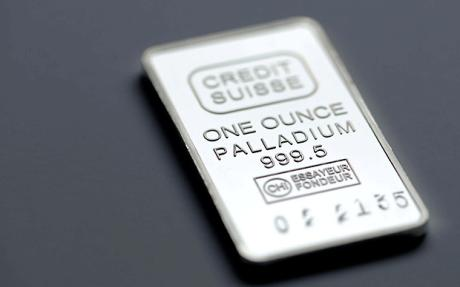 Although momentum and supply/demand fundamentals continue to support palladium prices in the near-term, CPM Group said in its 2019 Platinum Group Metals Yearbook release that PGMs prices could be on the cusp of a reversal of fortunes.

Supply and demand fundamentals continue to dominate the PGM space, said Jeffrey M. Christian, Managing Partner at CPM Group. Analysts expect platinum to have the biggest supply surplus this year  around 115,000 ounces; meanwhile, palladium is expected to see a supply surplus 31,000 ounces, which is well within the market’s  statistical margin of error.

While investors have been selling palladium as prices have risen, Christian noted that the selling pressure is not significant enough to meaningfully add to the supply outlook.

“Investors don’t tend to sell into a rising price environment,” he said. “They are waiting to see just how high prices will go before they start really selling.”

Although palladium prices are expected to push higher through the rest of the year, Rohit Savant, Director of Research for the consultancy, said that they see signs that palladium prices could be reaching a peak as the metal’s industrial demand could take a hit on falling demand.

Both platinum and palladium have significant industrial demand as they are critical components in auto catalytic converters, which are used to reduce emissions in diesel and gasoline engines.

Platinum demand in the auto industry continues to remain weak as the diesel sector continues to deal with the shift away from diesel fuel and to a lesser extent the  fallout from the diesel emission scandal nearly four years ago. At the same time, the palladium market is faced with falling demand as auto sales drop in the U.S. and China.

Although CPM Group is not forecasting a recession, the analysts do point to a more pessimistic macroeconomic picture.

There is one supportive factor for PGMs in the current weak global growth environment: tightening environmental standards. Savant noted that auto companies are expected to increase the metal loading in their catalytic converters to meet new emission standards.

The environmental market still supports palladium over platinum as auto companies are still hesitant to substitute the more expensive metal for the cheaper alternative. However, Savant said that the longer the price gap between palladium and platinum lasts, the more attractive substitution looks. 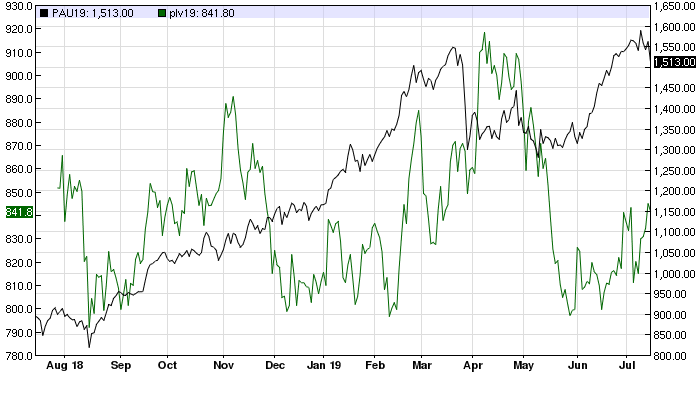 Christian noted that although palladium prices look a little over extended the rally is based on strong market fundamentals.

“Palladium is not a bubble market,” he said.

While platinum is still lagging within the market, CPM Group sees unprecedented investor demand, which could signal growing optimism for higher prices.

“We are seeing some bargain purchases in the market,” said Christian. “Investors see little downside to prices.” 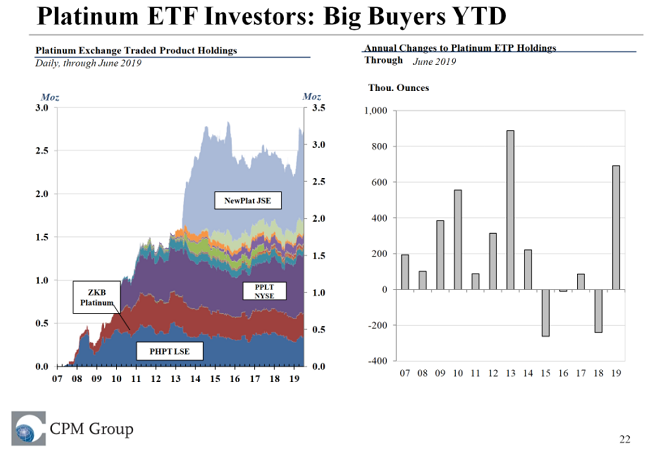