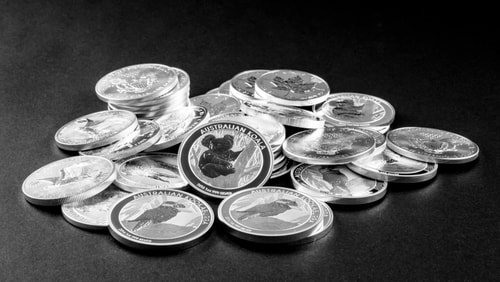 (Kitco News) - Silver prices have a lot of room to go higher in July as investors begin to treat the precious metal as an “alternative gold play,” said a bullish research firm.

“There is a growing realization that silver prices have become relatively too cheap compared to gold prices and since silver has also safe-haven characteristics, some smart investors move funds into silver as an alternative gold play,” Orchid Research wrote in a Seeking Alpha post.

Silver saw a significant boost on Wednesday, hitting nearly four-month highs. Spot prices were last at $15.93 after trading near the bottom of a $15.00 an ounce range just a couple of days ago.

The precious metal has missed out on the rally that gold saw this past June, trading between $14 and $15 throughout the month.

Silver’s “cheapness” in comparison to the yellow metal offers a very enticing value opportunity to some investors, according to Orchid Research.

ETF investors were among the most active supporters of the metal, buying 765 tonnes of silver over the past month, which equated to about 6% of the annual consumption.

“ETF investor sentiment has continued to improve substantially due to an increasing awareness among investors that silver could offer an alternative safe-haven to gold, with a possibly better risk-reward due to its extreme cheapness,” the post said.

Considering that silver has largely disappointed in 2019, prices have a lot of room on the upside.

“Since silver’s spec positioning is too light judging by historical standards, we believe that there is substantial dry powder to deploy on the long side … which would produce a marked appreciation in the silver spot price,” Orchid Research wrote.

Also, historically speaking, July has always been a good month for the metal, the firm pointed out.

“Over 1998-2018, silver spot prices recorded an average gain of 1.4% in July. So far this month, Comex silver has increased marginally by 0.2%. This suggests a strong upside potential,” Orchid Research added.