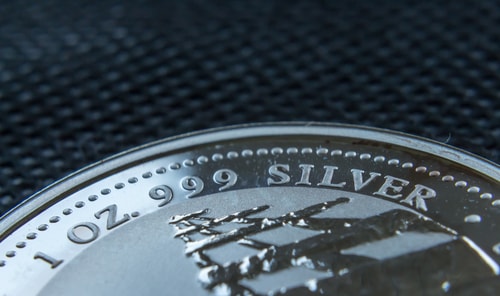 (Kitco News) - Silver spot prices surged more than 2% on Thursday as safe-haven demand for the precious metal pushed prices up.

Driving this rally is “chart-based buying and perceived bargain hunting,” said Kitco’s senior technical analyst Jim Wyckoff. “Look for more upside in the metal in the near term, as this week’s advance in prices is getting the attention of the general investing public.”

Silver is finally getting attention from the general investor, who is starting to view the metal as an alternative safe-haven play to gold, Orchid Research said on Wednesday.

“There is a growing realization that silver prices have become relatively too cheap compared to gold prices and since silver has also safe-haven characteristics, some smart investors move funds into silver as an alternative gold play,” the firm wrote in a Seeking Alpha post.

An important development on Thursday pushed silver’s prices past another technical hurdle, opening the path up towards $17 an ounce and higher, Wyckoff said.

“A push above the $16.20 longer-term chart resistance area, basis nearby silver futures, would provide the bulls with more technical fuel to push prices farther north, including a likely quick challenge of psychological resistance at the $17.00 level,” he wrote.

Wyckoff reminded investors that a decade ago silver was sustainably above $25 an ounce.

“Importantly, once the $16.20 level is cleared on the upside, the next longer-term chart resistance levels for silver are few and far between, suggesting big upside potential would be very possible. Keep in mind that less than 10 years ago, silver was sustaining price levels above $25.00 an ounce,” he added.

The $20 an ounce level is also not being ruled out by Todd Horwitz, chief strategist of BubbaTrading.com.

“Silver has caught a bid and it looks like it wants to go higher. If this breakout can continue, we’re on our way to $17 and then if we can get through there then I think you’re on your way to $20,” Horwitz told Kitco News.

The precious metal has been undervalued relative to gold for a long time, noted Horwitz. “[Silver] finally started to act reasonably … If you look at the two charts side by side, silver looks like it ran out of business compared to gold but all of a sudden, silver has caught a bid and it looks like it wants to go higher,” he said.