(Kitco News) - The world is preparing to celebrate one of the greatest achievements in human history on July 20 – the 50th anniversary of the Apollo 11 moon landing.

Interestingly, gold has played a unique role in space exploration. Gold is a valued industrial metal for its pliability, conductivity and resistance to corrosion The precious metals is also a valuable component in the aerospace industry because of its thermal control property as it reflects harmful infrared radiation. 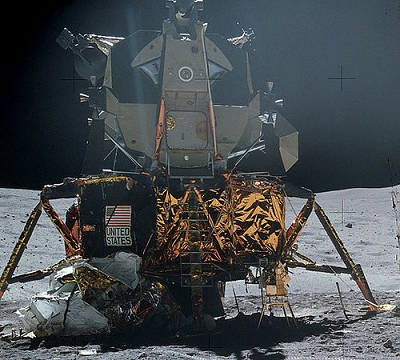 Images of the Apollo Lunar Module show how NASA has used gold. According to agency engineers, a thin layer of gold leaf was used as the top layer of a thermal blanket used to cover the bottom of the module. The blanket was incredibly complex with 25 layers of material including glass, wool, kapton, mylar and aluminum.

Because of its reflective properties, a thin layer of gold is also in the visor of an astronaut's helmet. The gold in the visor allows the visible light through but reflects infrared light.

For the Apollo 16 moon landing the astronauts left a gold-plated, extreme ultraviolet telescope that "performed the first astronomical obersations from another heavily body," according to NASA.

Over the decades, technology advancements have improved gold's utility in space exploration. One of the most significant steps forward was the creation of Laser Gold, which NASA's has extensively used for gold plating.

"The best reflector of infrared energy is gold, but not all gold is equal," said David Epner, president of Epner Technology, the company that developed Laser Gold in the early 1970s. "We've developed the process to increase gold's reflectivity to like nothing else that anyone has been able to match."

Laser Gold was first developed on mass for Xerox. The company needed a durable and reflective gold plating for its copy machines which uses infrared heating. NASA then learned about the technology.  Epner said that his company has been working with NASA for nearly 40 years and have gold plated about 50 different instruments that have been launched into space.

"Any instrument NASA needs to keep cool, they plate it with Laser Gold," he said. 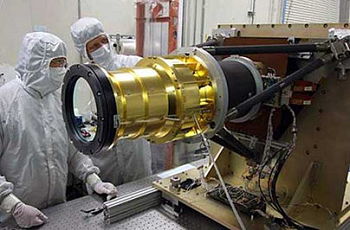 Recently the company plated a housing unit for NASA GOES-R weather satellite with Laser Gold. The satellite is used to collect information such as the frequency, location and extent of lightning discharges to identify intensifying thunderstorms and tropical cyclones.

What makes Laser Gold so unique, Epner said is that while it is pure gold, it is three-times harder than the regular metal. He added that Laser Gold is now the official standard of optical coating for infrared, as designated by the National Institute of Standards and Technology.

Although Epner couldn't provide specific details about how he creates Laser Gold, he said that the metal is hardened by manipulating the electrical current in the plating bath.

"Basically by manipulating the current in a certain way you can pack the gold atoms more densely to make a harder material," he said.

As to how much gold NASA uses, Epner couldn't say, but he added that the gold plating is only a micron thick, about forty-millionth of an inch.

"It doesn't take much gold to get the reflectivity that is required," he said.

Not only has gold been a critical element in space exploration, but Epner said that he doesn't see any substitution anytime soon. He explained that silver has similar reflective properties; however, the metal is not as durable. 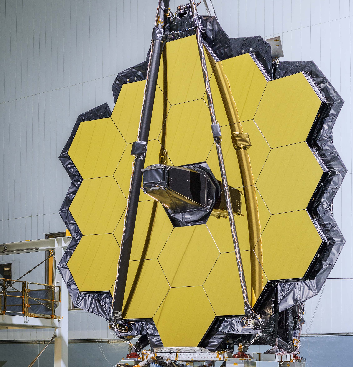 But it’s not just Epner Technology that is leading the way in gold within the space industry. Quantum Coating was hired to coat the 18 hexagon-shaped mirrors on the James Webb Telescope.

Unlike Laser Gold, the mirrors were coated through vacuum vapor deposition. The gold was vaporized and then condensed on the mirrors. A thin layer of amorphous glass was then placed on top to protect the gold finish

The James Webb Telescope will launch March 30 2021 and replace the Hubble telescope. It will be the world’s most complex and powerful space telescope.

“The Webb telescope represents revolutionary science that not only changes what we know, but also how we think about the night sky and our place in the cosmos,” Thaddeus Cesari, strategic communications specialist with NASA said in a recent commentary.

Coronavirus pandemic a question of 'when' not 'if', warns U.S.