Brexit With Boris: Can Gold Soar On Renewed Turbulence? 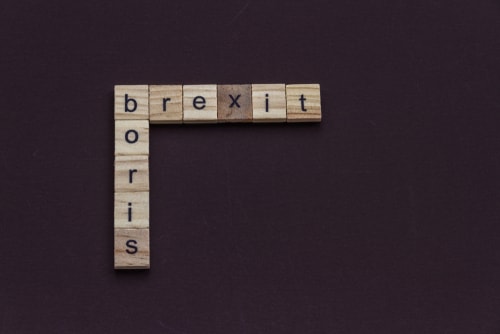 (Kitco News) - Uncertainty around Brexit gave gold a strong boost back in 2016, but can the renewed pressure under the U.K.’s new prime minister bring the chaos back to the market in light of the looming October Brexit deadline?

In a widely expected decision, Boris Johnson was chosen over Jeremy Hunt in the Conservative Party’s leadership race. Johnson, who campaigned under a hard-line stance on Brexit, won with 66% of the vote, receiving a total of 92,153 of the party votes, while Hunt ended up with only 46,656.

Things will move quickly from here with Theresa May leaving the office of the prime minister on Wednesday and Queen Elizabeth II officially appointing Johnson as the new prime minister.

“We are going to get Brexit done on Oct. 31, and we are going to take advantage of all the opportunities it will bring in a new spirit of ‘can do,’” Johnson said on Tuesday. “Like some slumbering giant, we are going to rise and ping off the guy-ropes of self-doubt and negativity.”

Johnson promised to leave the European Union by the Brexit deadline, which expires on Halloween, whether the EU agrees to a new deal or not.

Gold in pounds edged down 0.07% on the day with spot gold prices last trading at GBP 1,141.31 an ounce, according to Kitco's aggregated charts.

“I wouldn’t expect any knee-jerk reaction in gold to Johnson being the new PM. But, I think there are two opposing factors that may determine gold prices when it comes to Boris,” London Capital Group head of research Jasper Lawler told Kitco News on Tuesday. 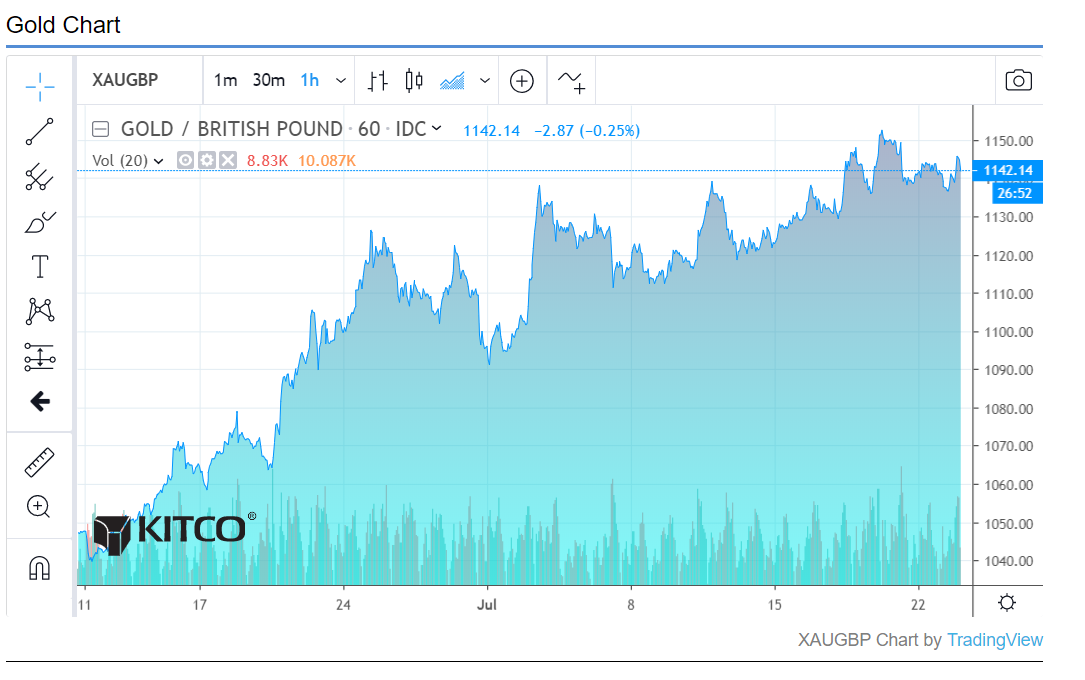 The first thing to impact gold with Johnson is the new uncertainty injected into the Brexit process in the next few months, Lawler pointed out. “In 2016 Brexit was playing into global uncertainty that was driving gold prices,” he said.

The other major impact could come from a currency play, Lawler added. “If we do see a big wave of British pound buying or selling, that could translate into the dollar and gold,” he noted.

Johnson becoming the new PM was a well-telegraphed event, which is why gold’s and the pound’s reactions remained muted. “It was a foregone conclusion,” Lawler said.

What matters the most now is whether Johnson sticks to his campaign promises: leave the EU by Oct. 31, renegotiate the Irish backstop, avoid a second referendum, and avoid an early general election before Brexit.

“That is pretty much impossible to deliver. Something will have to give. It made sense for Johnson to be quite hard on Brexit during the campaign because a lot of the Conservative Party members that were voting for the next leader are euro skeptics. It would be interesting to see if he backs down and softens his stance now to actually get something done,” Capital Economics chief U.K. economist Paul Dales said.

The three Brexit scenarios for the U.K. economy remain the same — reaching and passing a deal with the EU, no-deal Brexit, or repeated delays, said Dales.

What is unique about Johnson is that he gets a fresh start at this, Dales pointed out. “He is starting from scratch, he is motivated, has a new team behind him, more ideas.”

On the other hand, the EU’s stance and the British Parliamentary arithmetic have not changed, Dales added. “Any deal has to get through the same people and I’d be surprised that their views have changed,” he noted.

Best And Worst Case For Gold

The best short-term scenario for gold is for the U.K. to exit without a deal, according to Lawler.

“Even if things work out over the long haul, in the short term there is going to be some uncertainty to deal with and you would imagine people would move out of currencies like the British pound potentially into havens like the dollar, which would dampen the effect on gold. But, clearly, there will be overall demand for havens and gold would play a role in that,” he said.

The worst-case scenario for gold would be a smooth deal reached by Johnson, which seems unlikely at this point.

“If Johnson is able to charm the EU into prolonging the current situation until we work out a trade deal, it would [work out best] in terms of getting Brexit done,” Lawler said.

One big risk to the market that has not been priced in at all is the Conservative Party failing to get things done and the British voters turning to the Labour Party for solutions.

“What hasn’t been priced in is the Conservative Party making an absolute mess of this and a real possibility of a Labour government, which has particularly anti-business policies under Jeremy Corbyn. That could really be a big threat to the pound and arguably drag gold down from the currency perspective,” Lawler stated.

A failure to deliver Brexit would be the ultimate “failure” for the Conservative Party, Lawler said.

“That’s why they are keeping a no-deal as an option. There’s a sense that if Brexit isn’t delivered by the Conservative Party, then lots of Conservative voters will switch to other parties,” he said.

For gold investors, an important level to watch for the short-term is the $1,420 an ounce mark, Lawler noted. If the yellow metal can close above this level several times this week, it could be supportive of higher prices to come.