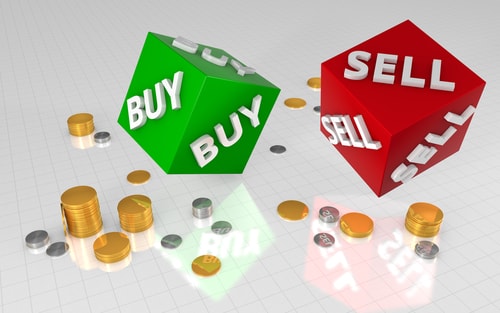 (Kitco News) - Gold prices have an interesting relationship to the S&P 500 and the metal’s future upside could depend on whether or not the S&P 500 breaks out above 3,000, according to Bloomberg Intelligence (BI).

Based on BI’s analysis, gold has a unique relationship with the S&P 500. “Backing away from their current levels last year was a primary spark for the rise in gold prices,” McGlone told Bloomberg this week. “The key thing is if the S&P 500 can’t sustain above 3,000, gold is more likely to jump up to $1,500.” 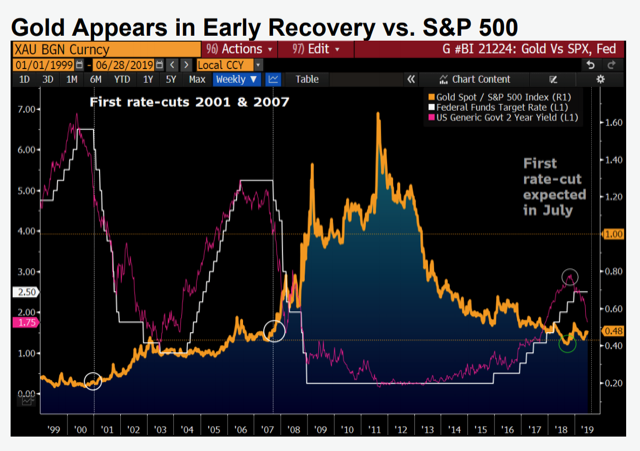 McGlone drew comparisons to gold and the S&P 500 during the start of the Federal Reserve’s easing cycle in 2007.

“At the onset of the first rate cut 12 years ago, the gold-to-S&P 500 ratio was about the same level as it is now (almost 0.5). It peaked just above 1.6 in 2011. Gold is well situated to be a primary driver,” he said in the July outlook. “About six years of consolidation that resulted in multi-decade volatility lows provides plenty of fuel for gold price appreciation.”

“Gold has worthy catalysts for price gains after five years of caged trading. It stands to be the primary beneficiary, absent a definitive U.S.-China trade accord that reverses accelerating global declines in sovereign-debt yields, rate-cut expectations and increasing stock-market volatility,” he said.

Gold’s breach of $1,400 an ounce and its surge to fresh six-year highs has lit a fire under the bull run, McGlone stated.

“The foundation for higher gold prices has rarely been stronger. Five years of consolidation, with elevated risk of downside in a dollar that's near multi-decade highs coincident with similar upside potential in stock-market volatility, supports gold prices. Additional backing comes from anticipated Fed easing,” he explained.