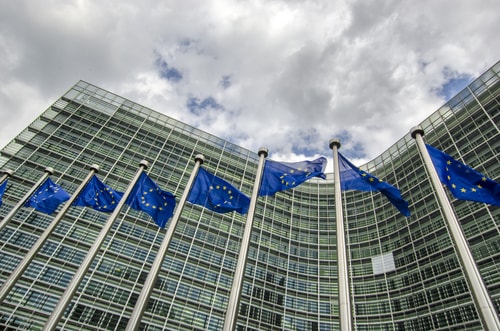 “We expect [rates] to remain at their present or lower levels at least through the first half of 2020 or as long as necessary,” Draghi said during the press conference. “[There’s a] need for a highly accommodative stance of monetary stance for a prolonged period of time as inflation rates both realized and projected were both below levels.”

The ECB president pointed to a number of risks and disappointing inflation as the reasons for requiring a highly accommodative monetary policy.

“[The central bank] stands ready to adjust all instruments as appropriate to ensure inflation moves towards its aim,” Draghi said. “The risks remain tilted to the downside related to geopolitical factors, the rising threat of protectionism, and vulnerabilities in emerging markets.”

In terms of the economic outlook, Draghi stated that things are getting “worse and worse in manufacturing especially,” highlighting the recent weak data out of Germany.

Draghi also noted that a possibility of a hard Brexit needs to be taken into account as well when making any future projections.

When asked about what will come first QE or a rate cut, Draghi did not specify while noting that all instruments are on the table.

In addition, Draghi highlighted that if the economic situation deteriorates much further, fiscal policy will becoming more important.

“If there were to be a significant worsening … fiscal policy would become of the essence,” he said.

Gold priced in euros erased all daily gains and was last trading at EUR1,276.22, down 0.22% on the day, according to Kitco’s aggregated charts. 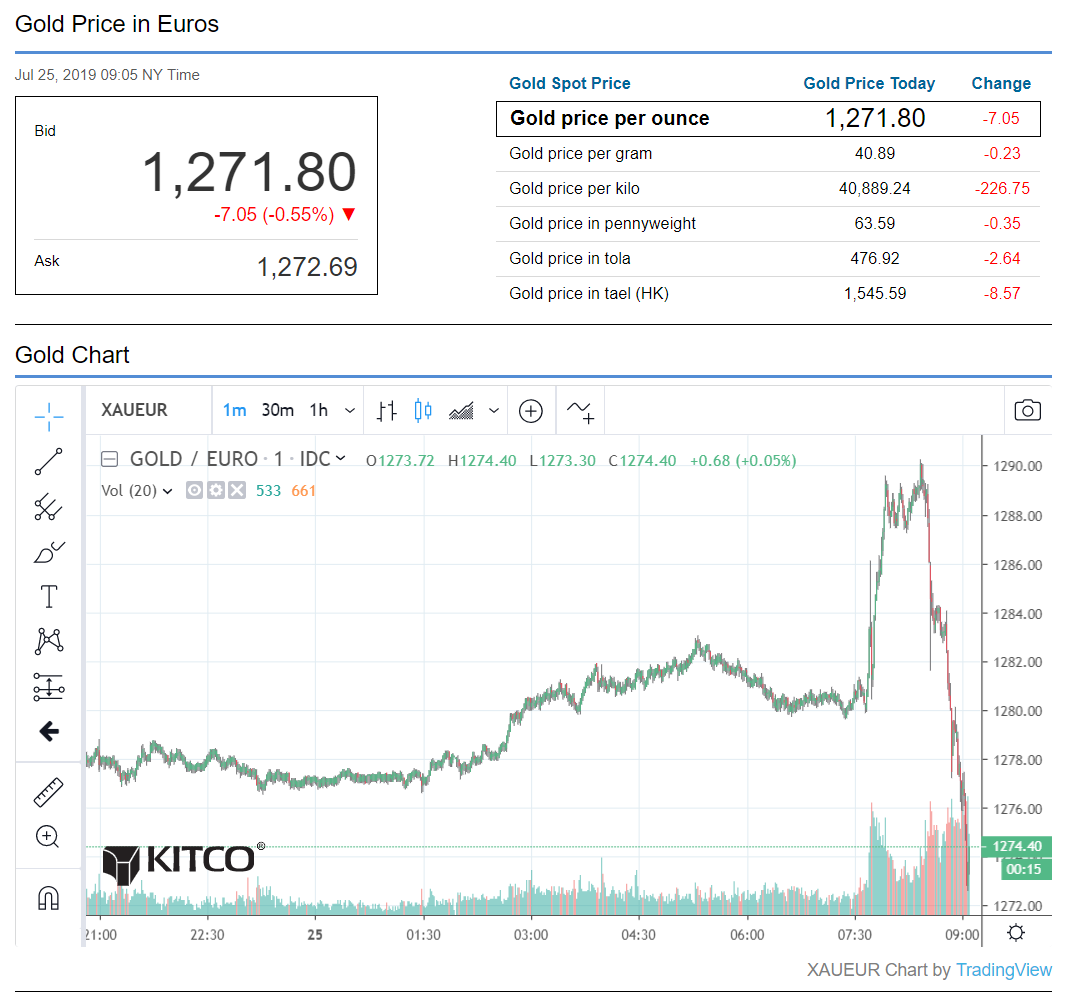