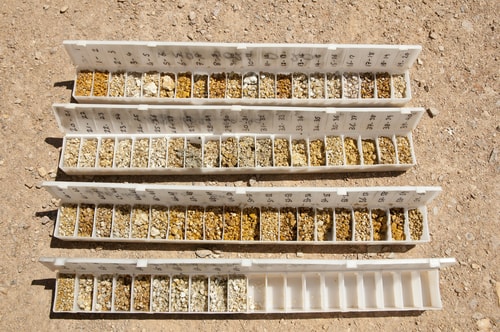 (Kitco News) - The world’s second-biggest gold producer is expected to see another record-breaking year in 2019 as Australia’s annual output is estimated to reach 339 metric tonnes, according to a government report.

This year, however, is likely to end the streak of new output highs, with Australia’s Department of Industry, Innovation and Science projecting slight declines in 2020 and 2021.

“Production is forecast to peak at 339 tonnes in 2019–20, but then fall to 332 tonnes in 2020–21. The near term growth is expected to be driven by a number of new mines coming online over the forecast period,” said The Resources and Energy Quarterly report, compiled by the department’s chief economist Mark Cully.

“Australia has the world’s largest economic demonstrated resources of gold, and gold is forecast to overtake thermal coal as our fourth-largest export in 2019–20,” he wrote.

Higher gold prices will continue to support production, the report noted. “Trade and geopolitical risks are likely to support gold prices, which are forecast to rise to an average US$1,440 an ounce in 2021.” 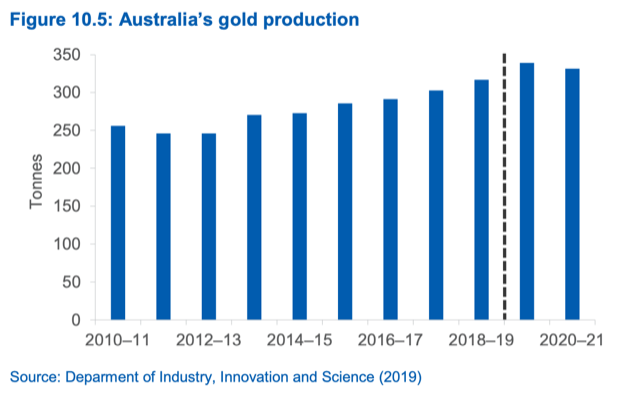 In comparison, world gold production is projected to drop by 1.6% between 2019 and 2021, the report highlighted.

“This reflects long-established projects reaching end of life, with few new projects and expansions to take their place. World gold mine production is expected to decline from 3,399 tonnes in 2019 to 3,202 tonnes by 2021,” the report said. 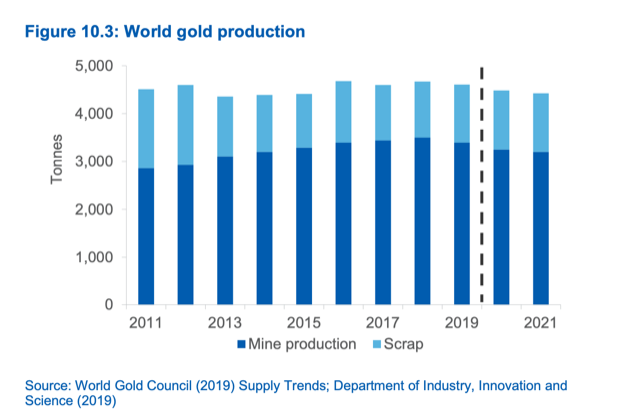 World consumption, on the other hand, is expected to keep advancing until 2021 with central banks being the key buyers, the Australian department said.