U.S. Consumers Can Now Use Gold To Buy Every-Day Items 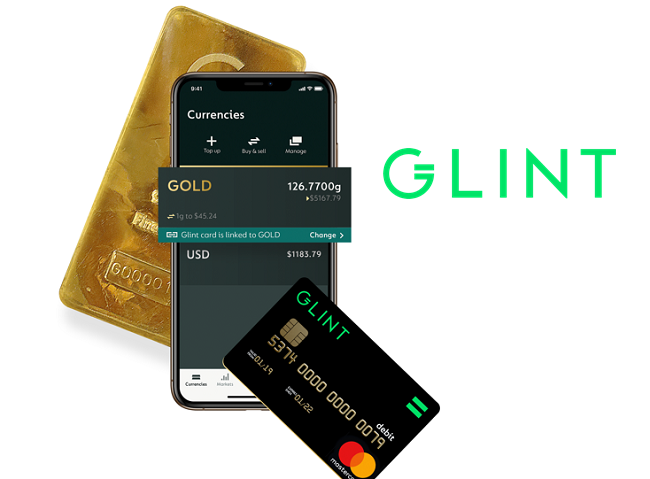 (Kitco News) - The gold market has reached a historic moment as U.S. citizens can now monetize physical gold and spend it on everyday items thanks to a U.K.-based fintech company and its gold-backed debit card.

Glint Pay Inc. announced Monday that its debit Mastercard and Glint App are now available in the U.S. The expansion to the U.S comes less than a year after launching its services in Europe.

In a press release, the company said that since its initial launch in the U.K in 2015, it has seen significant growth.

“To date, Glint has more than 50,000 app downloads, 10’s of thousands of registered users and more than USD $50 million in transacted volume,” the company said.

The launch comes as gold is seeing a resurgence in investor demand, which recently drove prices to a six-year high above $1,400 an ounce. However, physical demand has been fairly lackluster as investors have been jumping into gold-backed exchange traded products.

The company said that consumers can put their physical gold to use.

“The U.S. boasts a $7.6 trillion annual gold investment market in gold bars and coins that has been locked in vaults and unable to be used as money until now,” the company said.

“Our mission is to bring a reliable gold currency to the fingertips of everyone in the world,” said Jason Cozens, Founder and CEO of Glint.  “We are excited to introduce Glint to the U.S. market and continue our steady growth towards democratizing gold. Welcome to money’s new standard.”

Glint has also attracted some major gold investors as it was preparing to launch in the U.S. In June, the company announced that Sprott Inc. became one of its biggest shareholders as it played a prominent role in a $6.35 million in a private placement.

Glint is one of about seven initiatives that Sprott has been involved in with Peter Grosskopf, CEO of Sprott, saying that digital gold is the future for the precious metal.

“Glint now puts gold on the same footing as these growing digital currencies … It can now be used for every day purchases,” he said in an interview with Kitco News following the private placement announcement. “What makes gold better than other digital currencies is that it has been a reliable store of value for centuries.”

Glint’s U.S. offices will be based in Boulder, Colorado.

“We decided on Boulder, CO for our U.S. headquarters due to the state’s rich history in gold mining, vibrant culture and pristine natural surroundings,” said Cozens.  “Boulder has also become a leading location for technology innovation, so the local talent pool will help us achieve our growth goals.”