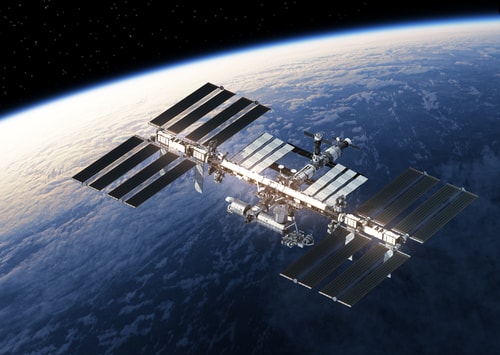 Astronauts on the ISS will be testing the devices to see if microscopic organisms can extract minerals and metals from space rocks.

The kits were created by astrobiologists from the UK Centre for Astrobiology at the University of Edinburgh.

“The groundbreaking study could aid efforts to establish manned settlements on distant worlds by helping develop ways to source minerals essential for survival in space,” the university said in a press release on Monday.

It took the team over ten years to develop the matchbox-sized prototypes that will look for resources such as iron, calcium, and magnesium.

The ISS received 18 of the devices on Saturday via a SpaceX rocket.

“This experiment will give us new fundamental insights into the behaviour of microbes in space, their applications in space exploration and how they might be used more effectively on Earth in all the myriad way that microbes affect our lives,” said project lead Charles Cockell, who is a professor at the School of Physics and Astronomy at the University of Edinburgh.

The mining experiment will submerge small pieces of basalt rock, which forms the surface of the moon and mars, into a bacterial solution inside each device.

“Microbes are everywhere, and this experiment is giving us new ideas about how they grow on surfaces and how we might use them to explore space,” stated Rosa Santomartino from the Edinburgh’s School of Physics and Astronomy.

The study could also help with mining on Earth, especially with the process of extracting metals from ores.

After three weeks of experiments, the rocks will be sent down back to Earth to be analyzed.