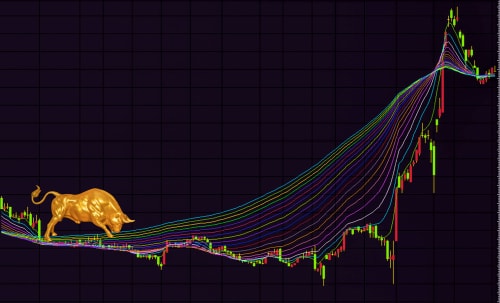 (Kitco News) - The gold market is set up to continue its bull run after a pause, according to Bloomberg Intelligence (BI).

“Gold's advance appears to have among the strongest foundations,” BI senior commodity strategist Mike McGlone said in the latest commodity outlook. “Gold prices should continue to advance. Fed easing is a tailwind.”

The gold bull run is projected to continue this year as gold’s mission is to revisit its resistance at $1,700 an ounce, last seen in 2013, McGlone highlighted.

“A potential increase in hedge fund positions supports our view that gold's initial mission is revisiting resistance near 2013's peak at $1,700 an ounce,” he said. “Hedge funds' net-long futures positions are a bit extended, but indicate that gold is in the early days of a bull market.”

“Gold prices appear on a similar launchpad as 2001 when the Fed began an easing cycle. The greatest bull market of this millennium so far began about the time of that first rate cut, following an extended gold-price downdraft and rally in the dollar. Fast forward and the first expected rate cut in 11 years comes on the back of the trade-weighted broad dollar near its historic high from 2002 and spot gold about 25% below its 2013 peak,” the outlook described. 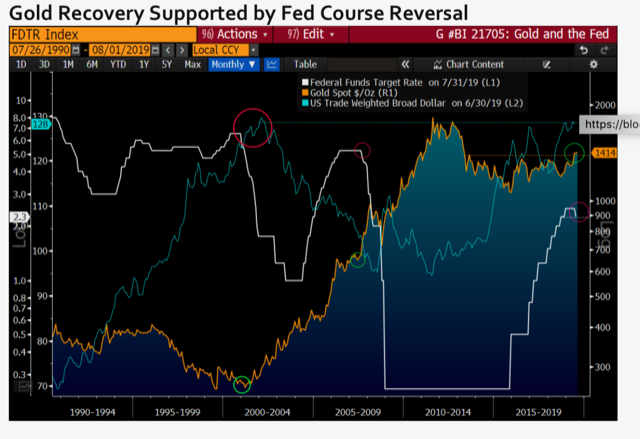 The only headwinds strong enough to hold gold back from the $1,700 an ounce level is a higher U.S. dollar and weaker equity volatility, warned McGlone.

“The extent to which Fed easing can reverse the appreciation of the dollar should be the primary factor behind gold's showing vs. U.S equities,” he wrote. “Rallying gold doesn't mean the stock market should decline, but if the S&P 500 can't add some distance above 3,000, or declines, it's more likely to increase the pace of Fed easing, supporting gold prices and adding headwinds to the dollar.”

At the time of writing, gold prices were rallying on U.S. President Donald Trump’s announcement of an additional 10% tariff being imposed on $300 billion worth of Chinese imports starting September 1. December Comex gold futures were last trading at $1,454.50, up 1.16% on the day.