Gold On The Cusp Of $1,500: Trade Confusion Brightens Gold's Future 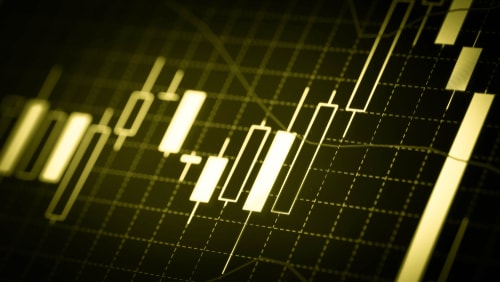 Trade concerns have boosted gold prices to fresh six-year highs this week with December Comex gold futures last trading at $1,455.10, up 1.58% on the day. Overall, gold is up 2.8% for the week.

The market felt a wave of confusion and fear after U.S. President Donald Trump announced a 10% tariff on the remaining $300 billion of Chinese imports starting on September 1. More trade tensions could mean a more dovish Fed going forward according to some analysts.

“Ultimately what we are likely to see are expectations of a deepening slowdown materializing in the aftermath of the announcement from the White House,” TD Securities head of global strategy Bart Melek told Kitco News on Friday. “The Fed may have to get a bit more enthusiastic on the rate cuts … and do a bit more than the market thought.”

A new re-adjustment of Fed rate cut expectations is working in gold’s favor. The CME FedWatch Tool is currently pricing in a 98.1% chance of another rate cut in September, challenging Fed Chair Jerome Powell’s view that the central bank is not beginning a long series of cuts.

It is becoming more about the trade war than the macro data for the markets, especially when it comes to future Fed moves.

“With renewed threat on trade, the market is definitely re-evaluating the Fed’s reaction function. Perhaps U.S. data is less important and it is becoming more about trade and geopolitics, which provide further upside for gold in the near term,” said Scotiabank commodity strategist Nicky Shiels.

“With U.S. yields taking a huge move lower and entire German curve sitting in negative interest rates territory, it is just a matter of time before we see further upside in gold prices,” stated Shiels.

“The path of least resistance for gold looks to be higher because of the global wave of easing we are seeing by the majority of central banks and credit markets themselves, where yields are plummeting across the board,” he said. “German bond market is all in a negative territory from the short-term to the long-term. A lot of European sovereign papers also in negative territory. We are not there yet, but the U.S. 10-year yield is at a two-and-a-half-year low.”

Analysts are starting to point to a possible breakout towards the $1,500 an ounce level, with trade tensions being one of the primary drivers going forward.

“We’ve had the consolidation and the sideways range below $1,450. We tested $1,400 on the downside and that was firmly rejected. All the logic to me suggests we are on the cusp on a big breakout to $1,500,” London Capital Group head of research Jasper Lawler said.

Gold’s most likely direction from here is up, added Nedoss, highlighting that gold is testing the $1,460 mark this Friday. “Technically, gold looks good. We are testing the highs above $1,460 … [and there’s] not a lot of resistance until $1,500,” he said.

What’s more is that gold no longer needs to see stocks tumble in order to rally, added Lawler. “[gold] has been moving generally in tandem with the stock market. The stock market doesn’t have to tank for gold to do well anymore,” Lawler explained.

Some analysts are slightly more cautious for the near-term. Melek sees gold testing the upper limits of its recent high, with the likely top around $1,450. “Gold is range-bound. For now, we are in the upper bounds of the trading range. The limit might be around $1,450 on the upside and $1,400 on the downside.”