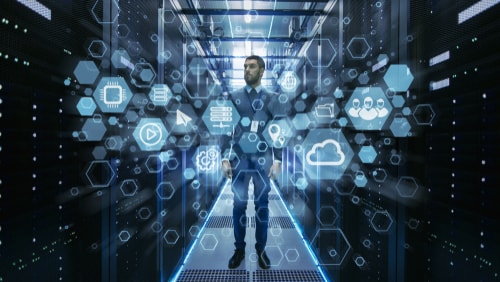 (Kitco News) - Gold was trading near fresh six-year highs after momentum in the service sector slowed in July, according to the latest data from the Institute of Supply Management (ISM).

The Non-Manufacturing Purchasing Managers Index declined to a reading of 53.7% in July, marking the slowest growth since August 2016. The 1.4 percentage-point-drop from June's 55.1% surprised the markets, with consensus expectations calling for the index to come in at 55.5%.

“This represents continued growth in the non-manufacturing sector, at a slower rate. This is the index’s lowest reading since August 2016, when it registered 51.8 percent,” the report said. “Respondents indicated ongoing concerns related to tariffs and employment resources. Comments remained mixed about business conditions and the overall economy.”

In an immediate reaction to the latest ISM Non-Manufacturing index, gold prices remained near daily highs after rising sharply earlier in the session on escalating trade war tensions. December Comex gold futures were last at $1,477.70, up 1.39% on the day.

“Traders and investors are spooked in late-morning trading Monday--probably the most unnerved they've been this year. Such is keeping gold and silver prices sharply up and near their daily highs,” said Kitco’s senior technical analyst Jim Wyckoff. “Worries about an extended and escalating U.S.-China trade war, unrest in the streets of Hong Kong, and U.K. Brexit concerns are combining to make it a big ‘risk-off’ trading day in the world marketplace.”

The details of the ISM Non-Manufacturing report revealed that the new orders sub-index dropped to 54.1% from June’s 55.8%.

Looking at other components, business activity sub-index declined to 53.1% from 58.2% registered in June. The employment index, on the other hand, rose to 56.2% from June’s reading of 55%. Economists keep a close eye on the latter number as a gauge into the employment situation in the country.

Inflation pressures rose for the 26th consecutive month, with the price index coming in at 56.5% in July.

Digesting the data, analysts noted that the economic slowdown is spreading into the service sector, adding that this might become a concern for the Federal Reserve.

“We don’t think the economy is about to plunge into recession … But the ISM survey clearly supports our view that economic growth will slow sharply in the second half of this year,” said Capital Economics U.S. economist Andrew Hunter. “We had assumed that the next rate cut would be delayed until December, but the apparent slowdown in service-sector activity growth, the escalation of trade tensions with China and the continued sell-off in the stock market mean that the chances of a cut at the September FOMC meeting are rising rapidly.”