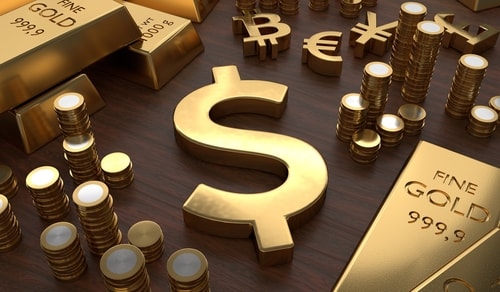 (Kitco News) - The gold market saw massive moves on Monday, breaking record highs in a number of currencies, including the British pound, the Japanese yen, the Canadian and the Australian dollars. The yellow metal also saw a massive 3% daily rallies in other currencies.

The main driver behind this week’s move has been the escalating trade tensions between the U.S. and China. After U.S. President Donald Trump announced 10% tariffs on the remaining $300 billion of Chinese imports, China let the yuan to weaken and rise above 7 against the U.S. dollar for the first time in more than a decade.

“This is leading to ideas China has thrown in the towel on any trade agreement with the U.S. coming anytime soon. China’s central bank appeared to condone the decline in its currency, saying the yuan’s fall is the result of U.S. protectionism and that the yuan remains stable. In the past, China’s central bank had stepped in to boost the yuan when it reached 7 to the dollar,” Kitco’s senior technical analyst Jim Wyckoff said on Monday.

The currency war is playing a big role in gold breaking all-time highs in a number of currencies, said Wyckoff, adding that the yellow metal has room to head higher.

“Given the potential for keener turmoil in the currency markets in the coming weeks, or months, the move of the currencies that are not considered safe-haven on the world marketplace, would be seeing more demand for gold due to holders of those currencies being extra nervous,” he said. “As for gold, technicals have turned more bullish just recently, and with the higher anxiety in the stock and financial markets, look for gold prices to continue to appreciate in the coming weeks.”

“Gold’s price in every major currency seems to be at record highs, and that is a big statement indicator that we are in the middle of some sort of currency war,” she said. “There’s definitely a lot of political backlash coming into the United States around the value of fiat currencies … The fact that gold is rallying against most G10 fiats, and the dollar, is indicative of this new regime that we’re in.”

Many investors are looking to leave the forex market for the safety of the yellow metal, according to analysts.

“If I had money in the bank, I [would] sell the dollars and use that money to buy gold. You are divesting yourself from your currency by selling it and buying a hard asset. People are concerned,” said RJO Futures senior market strategist Phillip Streible.

Spot gold in British pounds rallied 2.04% on the day, hitting above GBP £1,208 an ounce during the North American trading session, according to Kitco’s aggregated charts. 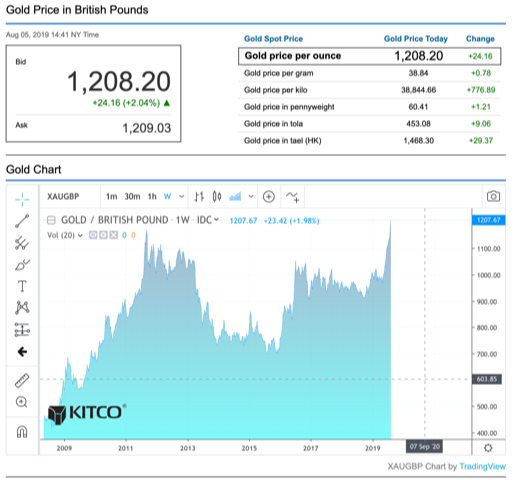 Gold in Japanese yen hit a record high on Monday as well with spot prices jumping more than 1.3% on the day at last trading at JPY ¥155,550. 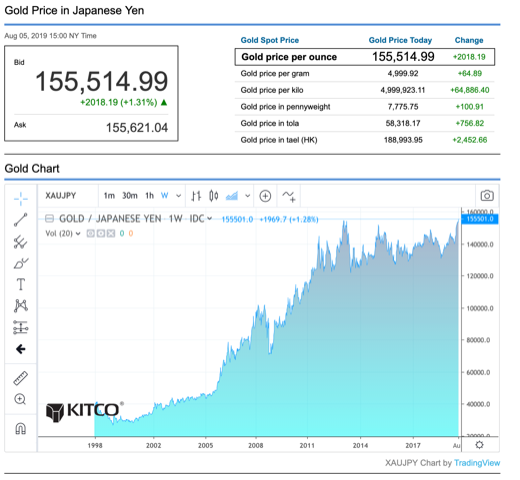 Spot gold in Canadian dollars was last up 1.83% on the day, hitting a record high of above CAD $1,938 earlier in the session. 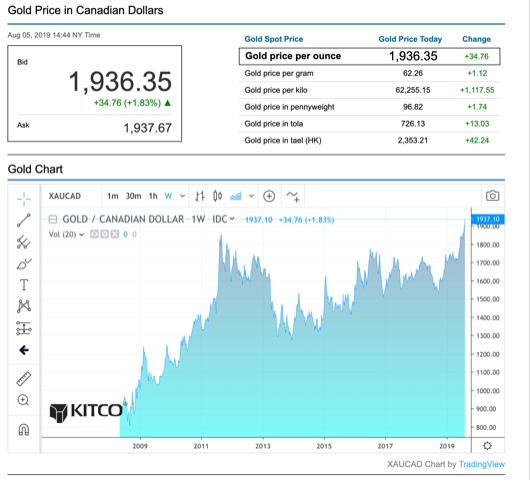 Spot gold in Australian dollars was up 2.40%, hitting a new record high of above AUD $2,172 an ounce, according to Kitco's aggregated charts. 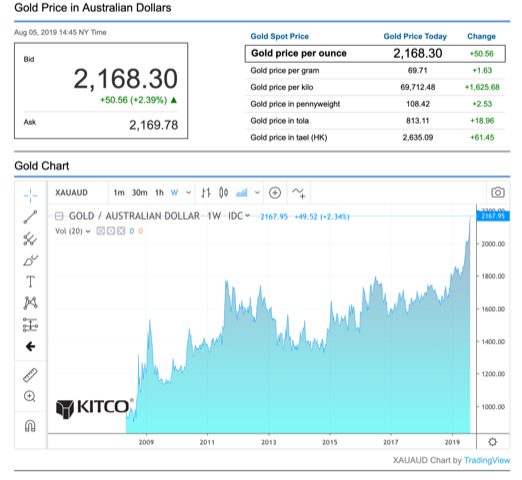 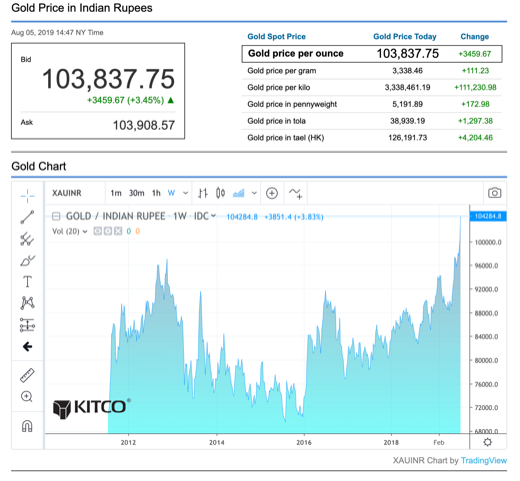 Gold prices in South African rand were up more than 3% on the day, reach an all-time high of ZAR R21,929. 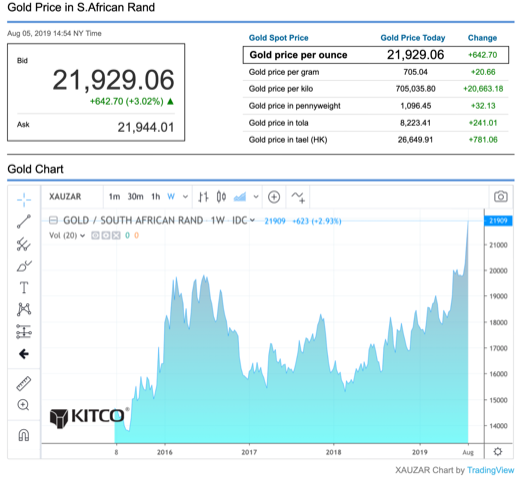 “People need stability in China, so they are selling their currency to buy gold. That’s why gold futures are going up so strongly,” Streible noted.

The country with the worst economic prospects and a dovish central bank is likely to see its biggest rally in gold, added the RJO strategist. “Look at the economy and the trend of their monetary policy. Are they in the easing cycle? Are they still engaging in quantitative easing?”