'Lehman-Like' Market Collapse Could Be Next: Nomura 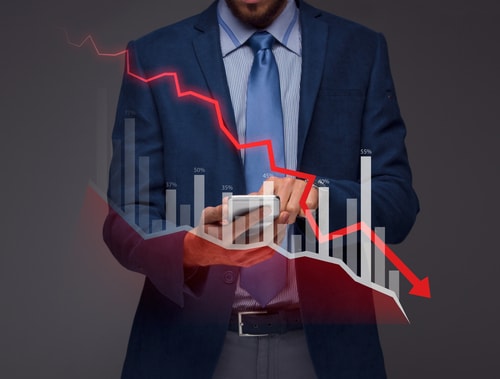 (Kitco News) - Monday’s market sell-off might have been just the beginning and a ‘Lehman-like’ market collapse could be just around the corner, said Nomura.

Stocks plummeted on Monday, seeing the worst day of the year as the Dow closed more than 700 points down, the S&P 500 lost 3% and the Nasdaq Composite was down 3.5%.

With the equity market rebounding on Tuesday, investors should not rule out a repeat of what just happened but at a much bigger scale.

“At this point, we think it would be a mistake to dismiss the possibility of a Lehman-like shock as a mere tail risk,” Nomura quantitative strategist Masanari Takada said in a note to clients on Tuesday. “We would add here that the second wave may well hit harder than the first, like an aftershock that eclipses the initial earthquake.”

The current trend in the stock market is very similar to just prior to the 2008 Lehman Brothers collapse, Takada pointed out.

“The pattern in U.S. stock market sentiment has come to even more closely resemble the picture of sentiment on the eve of the 2008 Lehman Brothers collapse that marked the onset of the global financial crisis,” Takada said.

Nomura based its analysis on “deterioration in supply demand for equities and a sharp downward break in fundamentals.”

The timing of such a major collapse could be as soon as late August or early September, according to Takada, who warned that any rebound in the stock market before that time should be treated as an opportunity to sell.

“Remember that the historically turbulent stock market months of September and October are right around the corner. This is a bullish scenario for gold and silver markets,” Wyckoff wrote.