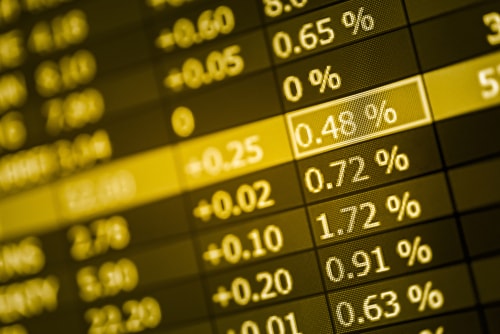 (Kitco News) - Gold’s rally has room to run with Bank of America Merrill Lynch (BofAML) projecting that the yellow metal hits $1,500 an ounce next year with the potential to get as high as $2,000, according to the bank’s latest report.

“We have a relatively conservative 2Q20 forecast of $1,500/oz, but in this scenario, we see scope for gold to rise towards $2,000/oz,” BofAML said in a report published on Friday.

A big supporter of gold prices going forward will be the effects of “quantitative failure,” the bank pointed out.

“Successive rounds of monetary easing have had a series of side effects. Beyond falling rates, around $14tn of debt now has negative yields (including Germany's 30Y Bund as of today). This has been a key driver behind the recent gold rally and with more easing to come, the dynamic will likely sustain a bid for the yellow metal,” BofAML wrote.

The question markets will be asking next is how much of a difference will more easing make. The more stimulus central banks ease, the less of an impact it has, according to the report.

“Successive rounds of easing have delivered less bang for the buck and markets are much less enthusiastic about further stimulus. Quantitative failure, under which markets refocus on elevated debt levels or the lack of global growth would likely lead to a material increase in volatility,” the bank said. “Such a sell-off may prompt central banks to ease more aggressively, making gold an even more attractive asset to hold.”

In the meantime, gold has been “unfazed by low inflation,” with central banks “adamant” that more stimulus will cure lagging inflation.

“Inflation has remained stubbornly low and has even declined again of late. Subdued upward pressure on general price levels has to some extent been a conundrum,” the bank wrote. “Against this backdrop, central banks have been leaning against the wind, moving from traditional monetary policy tools towards quantitative easing during the financial crisis. To us, this suggests that central bankers are adamant that a strong enough monetary stimulus will ultimately bring about inflation.”

Central banks will also continue to support gold with more buying as many now prefer to diversify their reserves to hold more gold, BofAML pointed out.

“The motivation behind the respective reserve strategies varies, with the historical positioning, the long-term store of value, gold's role as an effective portfolio diversifier and lack of default risk featuring the highest among EM and DM institutions. De-dollarization features as well as a motivation,” the report noted.