'Gold Who? Silver Has Plenty of Upside Potential' - Bloomberg Intelligence 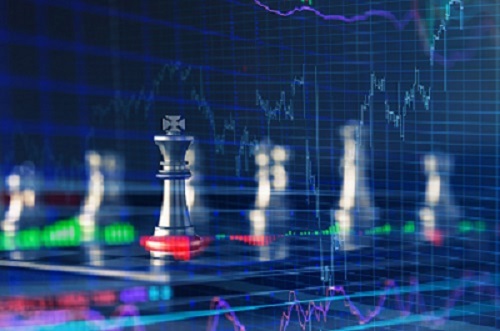 (Kitco News) - Silver prices are set to sustain key levels above their 50-month average for the first time since 2013, according to a recent report from Bloomberg Intelligence.

“On the cusp of closing above key resistance, upside potential in the silver price has rarely been more extreme,” he wrote. “Near the end of July, silver is set to hold above its 50-month average for the first time in six years.”

McGlone noted that there are various factors affecting the economic environment and their culmination is what will fuel this breakout.

“The Fed is reversing to an easing cycle, silver volatility and managed-money net positions are recovering from multidecade low/short extremes, and mean-reversion potential in the lofty dollar and low silver prices is hardly ever greater,” McGlone said.

The metal is on track to gain significant headwinds, the report stated, potentially reaching levels not seen since the last major silver bear market. Although it may take some time, silver’s breakout is coming.

“Breaching long-restrictive trend lines can be ephemeral, but this breakout packs plenty of possible punch,” he wrote. “Today’s silver price would have to double just to revisit the halfway mark – $32 an ounce – of the metal’s 2011-15 bear market.”

McGlone added that gold prices are also headed to the upside due to the U.S. dollar’s decline, stating that the yellow metal will be revisiting resistance near 2013’s peak at $1,700 an ounce. These gains will be reflected more aggressively in the silver price, the report showed.

“Often referred to as leveraged gold, silver has a greater negative correlation to the dollar,” he said. “Silver packs plenty of potential upside.”