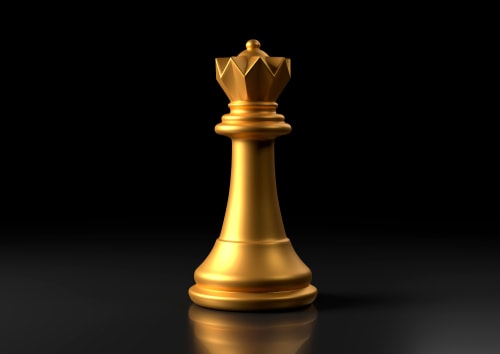 (Kitco News) - Uber bullish gold could hit $1,600 an ounce in August if this Chinese trigger happens, according to INTL FCStone.

Strong momentum behind the yellow metal has pushed prices above the key $1,500 an ounce level for the first time in six years, INTL FCStone Independent Commodity Consultant Edward Meir said in an August report.

The key driver supporting gold this summer is global central bank easing, which has been impacting markets all over the world.

“The precious metal is teeing off on the wave of global central bank easing, coupled with constructive chart patterns that are ushering the long-absent funds back into the precious metal,” Meir wrote.

But, the rally might not end here, with a small possibility of prices hitting the $1,600 an ounce target soon, Meir added.

“We have an outside chance of prices getting to $1,600 this month, but predicated this on perhaps China moving aggressively against protestors in Hong Kong, something that looks like an increasing possibility given the chaos that has engulfed the island,” he stated.

After rallying in July, gold got another major boost from the escalating U.S.-China trade war after the U.S. President Donald Trump announced a 10% tariff on the additional $300 billion worth of Chinese goods starting September 1.

“Gold got a second wind, teeing off U.S. 10-year rates plunging to 3-year lows just as the sell-off in global equity markets intensified,” Meir said. “In parallel, an array of European (and Japanese) rates pushed deeper into negative territory as well. (Collectively, an astounding $13 trillion of sovereign paper is now trading in negative territory).”

Gold would have risen even more if not for the strength of the U.S. dollar. The yellow metal hit all-time record highs in various currencies this week, including the British pound, the Canadian dollar, and the Australian dollar.

“The greenback tacked on 2.54% in July alone and looked for a while heading into August as well,” Meir pointed out.