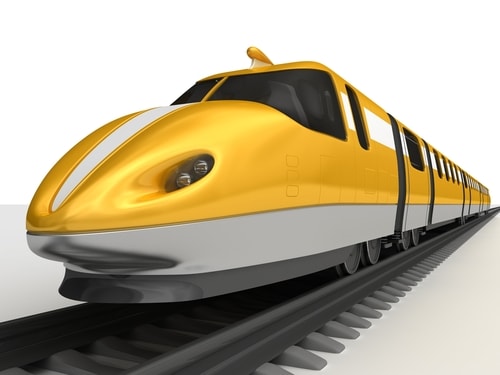 (Kitco News) - There is still momentum behind gold’s massive rally, which pushed prices above the $1,500 an ounce for the first time since 2013, said TD Securities.

Throughout the year, TD Securities has adjusted its long gold targets to the upside, expecting prices to rise long-term. The bank’s last adjustment was in June, targeting $1,485 an ounce.

“The evolution of this trade has seen us adjust the target higher in anticipation of Fed cuts and sharply lower real rates once before,” TD Securities strategists wrote on Tuesday.

After the rally boosted prices to fresh six-year highs, the strategists upped the long gold target to $1,590 an ounce with an expected horizon of three months and a stop-loss at $1,380.

“Just a week after Powell cut rates for the first time in a decade, we still think there's juice in this trade and have once again adjusted the target upwards to $1,590/oz and the stop to $1,380/oz,” they said.

The escalation of the U.S.-China trade war has triggered a revision in the market’s easing expectations. Latest data from the CME’s FedWatch Tool shows that market participants are pricing an 85.8% chance of a 25-basis-point cut and a 14.2% chance of a 50-basis-point cut.

The debate centers on whether or not the Federal Reserve will need to cut rates just a couple more times or begin a full-scale easing cycle.

“The threat of additional U.S. tariffs on China is prompting the market to challenge Mr. Powell's intentions to deliver ‘mid-cycle cuts’, as opposed to a full-blown easing cycle which would lead real rates to fall sharply and see the pile of negative-yielding debt grow further,” the strategists noted.

In light of these concerns, gold will continue to remain a very attractive asset to hold, the bank added, advising investors not to rush with their bets on gold.

“With spot prices challenging the $1,500/oz range, many market participants may be tempted to lock in their gains or fade the sharp rally. Using a conflux of mean-reversion signals, we show that fading overshoots in gold has historically been a fool's game,” TDS commodity strategist Daniel Ghali wrote. “We recognize that positioning is extremely lopsided, which implies risks of a correction should money managers rush to the exits, but standing in front of this runaway train may still be a fool's game.”

At the time of writing, December Comex gold futures were going through a slight correction, trading at $1,506.20, down 0.88%.