Gold Could See An 'Explosive' Move Up Next Week, Here's What To Watch 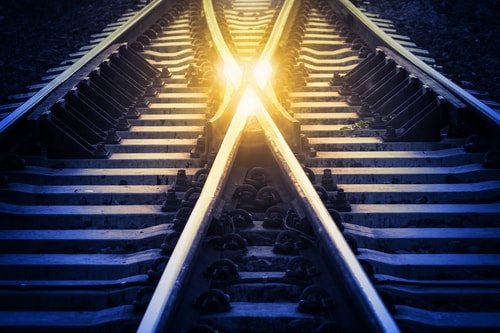 (Kitco News) - After surprising the market with a rally above $1,500 an ounce this week, gold is ready to make more gains as bullish momentum continues to push prices higher.

Gold surged nearly 4% on a weekly basis, managing to hold above the $1,500 an ounce level with investors treating every dip in prices as a buying opportunity.

“Gold bulls have a three-pronged assault force working for them: heightened geopolitical risks, bullish technical charts and notions of easier money policies coming from the major central banks of the world in the months ahead,” Kitco’s senior technical analyst summarized on Friday.

“Gold looks pretty good to the upside. The two-day consolidation that we had was healthy for the markets … All that overbought territory means that it is in a bull market,” Streible told Kitco News on Friday. “The strength of this bull market is increasing. There’s no telling how high it can go. If we break through the high of $1,516, we can see an explosive move to $1,550.”

“Market environment is very supportive,” Hamilton said. “All the factors helping gold so far are all still there. We got yields trending lower, geopolitical risks continuing to rise, and fears of the industrial economy.”

“$1,500 is the top of the range I expect gold to settle in, but in the near-term, there is a bit momentum there with strong asset allocations coming into gold, which could see it move a little bit higher,” Hamilton noted. “I am not convinced it is sustainable.”

Investors should also not forget to take some profits at these levels even though prices could be heading all the way to $1,580, said Blue Line Futures president Bill Baruch.

“If you are not locking in profits you are doing yourself a disservice,” Baruch stated. “Overall, it remains extremely favorable landscape for gold.”

Melek sees gold prices heading to $1,585 an ounce long-term, but the way we get there could be very choppy, he said.

“Prices moved up pretty quickly and it is skewed in many ways. We got a disproportionate amount of longs versus shorts … There aren’t that many support points,” Melek said.

Federal Reserve rate cut expectations are also playing a big part in driving gold higher, explained Streible. “Markets are pricing in a September interest rate cut at 100% at the moment, a December cut at 87% and a March cut at 70%. That would bring interest rates down to 1%,” he said.

Baruch described Fed rate cut expectations as “a little overzealous,” which could potentially be a concern for gold prices. “That’s my only real concern with gold at these levels. Right now there is a 21% probability that the Fed cuts 50 basis points in September,” he said.

U.S.-China Trade Tensions On The Radar

Markets’ attention will be on the U.S.-China trade war rhetoric next week as some important approaching deadlines could make the conflict worse, Hamilton pointed out.

“[One of the] U.S.-China trade dispute deadlines is coming up on August 20 — that’s when an extension given to U.S. suppliers to keep dealing with Huawei runs out. There is a good chance that doesn’t get renewed and trade tensions will be back at the forefront again,” he said.

Traders will also be paying close attention to any new tweets from U.S. President Donald Trump and China’s responses, said Streible. A move towards 25% tariffs on Chinese goods or further weakness in the yuan would be the key developments to watch out for, he added.

The trade dispute is unlikely to be resolved any time soon, which means that the risk-off sentiment will persist in the marketplace, explained CIBC Capital Markets deputy chief economist Benjamin Tal said on Friday.

“Take trade out of the equation and nobody would be talking about the Fed easing, and the 10 year-rate would be at least 50 bps higher,” he said. “This trade dispute is going to be with us for a long time. The fog is not going to clear, because Trump doesn’t want it to clear.”

“More and more studies using empirical data debunk Trump’s claim that Chinese companies are bearing the brunt of the tariff payments, showing that in fact, corporate America and, to a lesser extent, consumers have absorbed the bulk of the damage,” he said.

Streible highlighted the low of $1,478 an ounce as the level to watch on the downside. “If we break that low, gold could get washed out at $1,450.”

Next week will also be a data-driven week, with a number of U.S. and Chins macroeconomic data sets likely to set the tone.

The big U.S. prints will include CPI on Tuesday and retail sales on Thursday. “Any disappointment print on the CPI helps gold because it prompts people to think that the Fed will have to lower real rates to get that inflation going,” Melek stated.

Chinese economic data, including industrial production and retail sales, will be critical in order to see how China is doing in light of the trade tensions, said Hamilton.

Overall, it will take more than just one bad number to impact the market, noted Baruch. “It will take a number of them to battle some of the overall global fears. Chinese data can set a tone too,” he said.

It is vital to pay attention to the U.S. flash PMIs, NY State manufacturing, and Philly Fed manufacturing data, also scheduled for release next week, Baruch added. “If we see a better number again, it will give a bit of hope.”