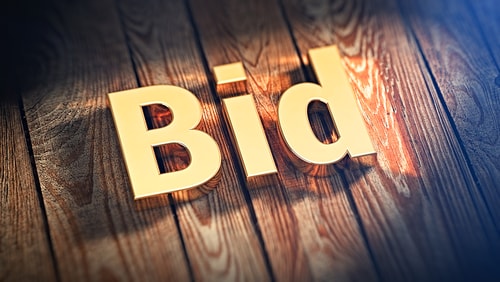 (Kitco News) - More protests in Hong Kong over the weekend trigged a new bid under gold and other safe-haven assets, analysts said.

Gold was trading near fresh six-year highs and holding well above the key $1,500 level early on Monday. The latest development over the weekend was Hong Kong’s airport suspending all Monday flights.

“Ongoing protests in Hong Kong are raising the specter for further economic disruptions, with the airport suspending all flights, pressuring risk assets and placing a bid under safe havens like gold,” strategists at TD Securities wrote on Monday.

“Safe-haven demand for the yellow metal is featured to start the trading week, as protesting in Hong Kong has escalated … This situation appears to be getting worse every weekend. Market watchers wonder how long mainland China will allow the civil unrest to go on before a crackdown,” Wyckoff said.

“The situation in Hong Kong is deteriorating … This led to heightened criticism from the mainland, with senior official saying the protestors had committed serious crime and showed signs of ‘terrorism.’ The Hong Kong economy is already suffering from the US-China trade war, and these ongoing protests will only make things worse,” the strategist wrote.

“We have an outside chance of prices getting to $1,600 this month, but predicated this on perhaps China moving aggressively against protestors in Hong Kong, something that looks like an increasing possibility given the chaos that has engulfed the island,” INTL FCStone Independent Commodity Consultant Edward Meir said in an August report.

Risk markets are losing bid at the moment, which points to “re-calibration of positioning,” McCormick wrote.

“One of the major concerns now lies in the fact that global equity positioning runs at multi-year highs as global growth concerns linger. The rise in geopolitical stress and elevated uncertainty jeopardizes the muddle along scenario, especially if China tries to export deflation,” McCormick wrote. “The result has been a surge in demand for perceived safe-havens like gold, JPY, and CHF.”