(Kitco News) - The reason investors should hold gold is simple math according to the Street.com’s Jim Cramer. 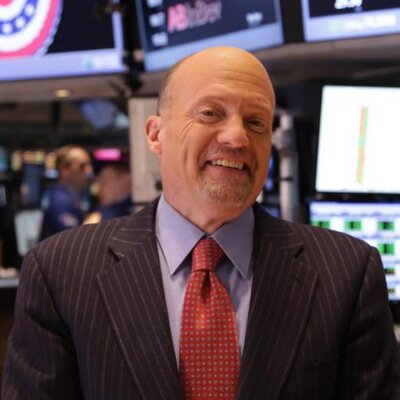 In a post Tuesday, Cramer said that the yellow metal is a more attractive investment compared to other safe-haven assets like government bonds. He noted that the total value of negative yielding bonds around the world is currently hovering around $16 trillion dollars.

Cramer also recommended that investors should own Agnico Eagle Mines and Barrick Gold.

Cramer has been fairly bullish on gold since the start of the year when he said that he could see prices pushing to $1,500 an ounce.

Gold prices are currently trading near a six-year high as recession fears are prompting investors to jump into safe-haven assets and flee equity markets.

December gold futures last traded at $1,527.70 an ounce, up 0.90% on the day. Meanwhile equity markets have dropped more than 2% across the board. The Dow Jones Industrial Average last traded at 25,629, down 650 points on the day.

Fear surged through equity markets Wednesday after the bond market flashed a major recession signal when the 10-year/2-year bond yield curve inverted for the first time since 2007.

Meanwhile, at earlier this week Barrick saw its income nearly double from last year. The company reported adjusted net earnings of $154 million or 9 cents per share for the second quarter, up compared to $81 million reported in the second quarter of 2018.