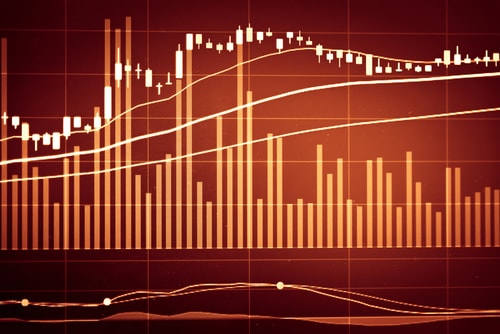 (Kitco News) - The bond yield curve inversion is triggering a new move higher in gold following a sharp selloff and consolidation in the previous session, according to analysts.

The big news on Wednesday was the yield on the benchmark 10-year Treasury note falling below the 2-year rate. The rare occurrence could be an early sign of economic recession. On top of that, the U.S. 30-year bond yield dropped to an all-time low, trading around 2.061%.

Data from Credit Suisse showed that the last five such yield inversions led to recessions, which on average followed 22 months after a particular inversion occurred. The data has been compiled since 1978.

The latest weakness in yields was triggered by disappointing global economic data, which in turn has been benefitting gold on Wednesday, TD Securities commodity strategist Daniel Ghali told Kitco News.

“Looking at what led the yield curve to invert — a lot of global macro picture is pointing to slowing global growth, which we’ve known for some time. But, the question is whether the slowing global environment will eventually lead to slowing U.S. economy or ultimately drag the U.S. economy into recession,” Ghali said.

On the global economic front, investors were digesting China’s industrial production output dropping to the slowest rate in 17 years in July, rising just 4.8%. Also, Germany’s gross domestic product contracted by 0.1% in Q2 and the Euro zone GDP was at 0.2% in Q2.

“The horrendous data out of China disappointed market expectations along with poor German data. They were enough to pull these U.S. 2-year and 10-year yields into inversion,” Ghali added.

Gold is catching a new bid off these developments and can go higher in the short-term, according to TD Securities. “[Yield-curve inversion] is reigniting fears of an imminent recession in the U.S. And gold is catching a bid off that,” Ghali noted.

Even though gold positioning might look overextended, it has room to move higher based on TD’s research.

“Fading overshoots in gold have been a loser’s game in the past. While we recognize that there might be quite a few risks for the bulls given that positioning is extended, we do see a robust price scenario for gold,” Ghali said.

“While Gold is seen extending losses in the near term amid the risk-on mood, the precious metal remains shielded by various core market themes. For as long as geopolitical tensions, Brexit uncertainty, global growth concerns and central banks easing monetary policy remain key themes, Gold bulls are in control,” Otunuga wrote in a note to clients on Wednesday.