Gold Trading At All Time-Highs Above $2,000 Against Canadian Dollar 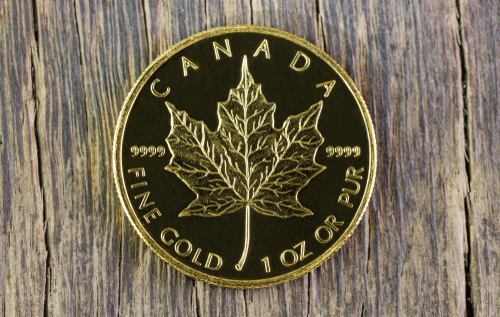 (Kitco News) - All eyes are on the U.S. gold market as global safe-haven demand supports prices near a six-year high; however, excitement is building north of the border as gold is trading at a fresh all-time-high above C$2,000 an ounce.

Philippe Cloutier, president and CEO of Cartier Resources, said that in the current price environment now is an exciting time to be a junior explorer. He explained that the mining sector continues to face the growing problem of falling production. He added that it’s only a matter of time before major producers look to Canada’s north to fill a growing void.

“Mining companies can’t ignore the severe lack of gold ounces in the ground much longer,’ he said.

Cartier is currently breathing new life into its Chimo Mine project, in the Val d’Or gold region in Northern Quebec. The underground mine produced 379,000 ounces of gold between 1964 and 1997 and was  closed because the project became uneconomical.

Cartier is not the only Northern Quebec company that is excited about the Canadian price of gold. Mario Bouchard, president and CEO of Raddison Mining Resources, said that it’s only a matter of time before the money flows back into the junior exploration sector.

“This is the perfect timing for Canadian junior explorers,” he said.

Frank Holmes, CEO and chief investment officer of U.S. Global Investors said in a telephone interview with Kitco News, said that the record-high gold price makes Canadian projects a lot more interesting; however, he added that it’s the producers that will benefit from the record prices more than the junior sector.

“I think we will see some trickle-down interest in juniors eventually, but I think we need to see gold prices $100 higher before you see a significant surge in investor interest.

“I think it’s only a matter of time before you see investor look at junior explorers, especially if gold holds its record highs against the Canadian dollar,” he said. “The juniors have been beaten up the last few years, so they are in need of some good news.”