Gold Zeroes In On Powell At Jackson Hole: Get Ready To Be Disappointed - Analysts 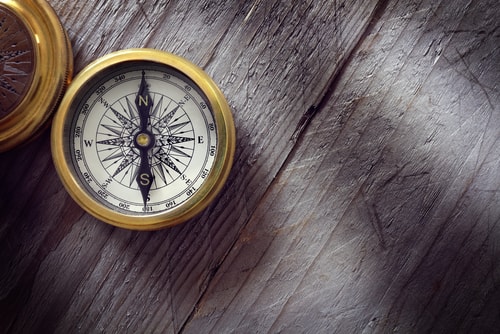 (Kitco News) - The bulls are still ecstatic with gold’s performance this summer, but the market might be ready for some healthy consolidation next week with prices likely to remain near the $1,500 an ounce level, according to analysts.

The yellow metal was up around 1% on a weekly basis on Friday, marking the third week of consecutive gains as December Comex gold was trading at $1,523.60. This week marked another milestone for prices as gold climbed to fresh six-year highs and nearly hit $1,545 level on Tuesday.

Almost everything in the markets worked in favor of gold, including U.S.-China trade concerns, escalating protests in Hong Kong, equity market volatility, swelling negative-yielding debt and inversion of the U.S. 10-year and 2-year Treasury notes.

“Rising negative-yielding debt is very much changing the dynamics. Many investors saw a lack of yield for gold as a drawback, but now they are seeing lack of yield as a positive,” Capital Economics senior commodities economist Ross Strachan told Kitco News.

After the whirlwind of this week, the risk-on sentiment is naturally starting to come back to the marketplace, which likely means consolidation for gold, analysts told Kitco News.

“Safe-haven demand has waned a bit as the U.S. and world stock markets are rallying to end the trading week. Still, from a technical and trader perspective, [Friday’s] price action in gold … is just normal backing and filling on the charts, which is what a bull market needs routinely to keep a price uptrend alive and healthy,” said Kitco’s senior technical analyst Jim Wyckoff.

It will be natural for gold to take a breather next week, said London Capital Group head of research Jasper Lawler. “Now is the time to take a breather — $1,535-$1,540 was key support between 2011-2013. Naturally, you see a bit of a pause there,” Lawler said.

The main event next week will be the Federal Reserve Chair Jerome Powell’s address at the Jackson Hole Symposium on Friday.

“Powell has the spotlight next week. Every global asset manager is watching to hear a signal from him as to whether or not the Fed is willing to cut interest rates past what he previously called a mid-cycle adjustment,” TD Securities commodities strategist Daniel Ghali said.

Analysts are confident, however, that Powell will sound hawkish in comparison to what markets are expecting due to strong U.S. macroeconomic data.

“Given what’s been happening in the markets over the past few days, there is definitely mounting pressure on Powell to provide a strong signal that the Fed is planning on cutting interest rates again next month,” said Capital Economics U.S. economist Andrew Hunter. “There is a potential risk of the markets being disappointed because aside from the weakness in the stock market and worries connected to the inverted yield curve, we’ve also learned that consumer spending is still unusually strong and that core inflation is starting to pick up.”

Also, important to point out that if the Fed does end up disappointing the markets in September, stocks’ “nasty reaction itself might end up convincing the Fed that they do need to cut rates more,” added Hunter.

The FOMC meeting minutes from July could sound stale and take on a backstage role on Wednesday.

“The minutes will be a little bit stale. And the reason is that they are going to reflect the thinking of the Fed prior to Donald Trump’s announcement of further tariffs on China. They might have a little bit of a hawkish tone. But, the market will very quickly look past it because they will recognize that it is stale information,” Ghali stated.

Capital Economics is projecting two more rate cut this year, including a 25bps cut in September, which might not be enough to keep gold above $1,500 an ounce this year, said Strachan.

“As the market moves more into alignment with our own view we think there is some downside to gold prices and they may well drop back below $1,500 an ounce in the coming months,” he noted.

Another important item on the agenda next week is the European Central Bank (ECB) minutes, scheduled for release on Thursday.

This will be a key event to monitor due to reports that the ECB could introduce an “impactful and significant” stimulus package at its next policy meeting in September, according to Finland’s central bank governor Olli Rehn.

“It’s important that we come up with a significant and impactful policy package in September,” Rehn told the Wall Street Journal in an interview on Thursday.

Other things to keep a close eye on are regional manufacturing data and U.S. home sales.

“NY Empire State and Philly Fed manufacturing were a beat in July and August. But, in July the regionals — Kansas City and Dallas — were dismal. In these times, you’d want to keep a close eye on the regionals,” said Blue Line Futures president Bill Baruch.

The technical picture still remains bullish for gold. TD’s Ghali said that he is biased upwards with the first resistance at $1,535 and then $1,568. On the downside, Ghali is watching $1,470.

Baruch said he sees a lot of value in gold at $1,480-$1,500 while adding that gold will move sideways to potentially slightly lower next week.

Some analysts are more bullish and are not ruling a move towards $1,600 in August. “Technically, there is not a lot of resistance here. The next active high that we have to play off is around $1,600. Next week, gold will start to move further north,” said LaSalle Futures Group senior market strategist Charlie Nedoss.

FXTM’s senior research analyst Lukman Otunuga is watching the $1,550 level next week. “Gold is heavily bullish on the weekly charts as there have been consistently higher highs and higher lows … A weekly close above $1500 should open the doors towards $1535 and $1550, respectively,” he said.