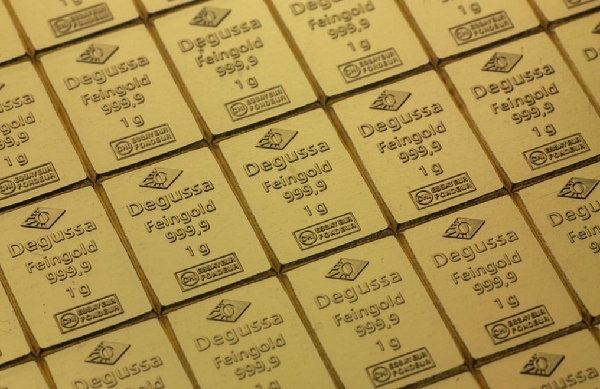 (Kitco News) -With gold trading closer to its fair value and embarking on a new bull market, one European precious metals firm is increasing is long-term forecast for the yellow metal.

In their latest research report, published last week, Degussa analysts said that they are increasing their price target for the yellow metal, calling for a rally to $1,690 an ounce by the end of 2020. At the same time, they see silver prices rallying to $23 an ounce.

The analysts said that the threat of a global recession due to the ongoing trade war between the U.S. and China will continue to keep a bid under gold; however, they added that global monetary policy easing is what will drive prices higher.

The analysts said that the Federal Reserve’s rate cut in July has heralded a new global easing cycle with the European Central Bank expected to join the trend next month.

“With the world’s interest rates heading to zero or even below zero, official currencies can no longer be viewed as a reliable store of value,” the analysts said in their report. “With market interest rates at or below zero, and consumer and asset price inflation continuing, cash and liquid bank deposits will lose their purchasing power.”

In the U.S., economists and analysts are expecting that Federal Reserve Chairman Jerome Powell will set the stage for another rate cut in September. CME FedWatch Tool shows that markets all but expect a rate cut; there is a 5% chance that the central bank cuts by 50 basis points.