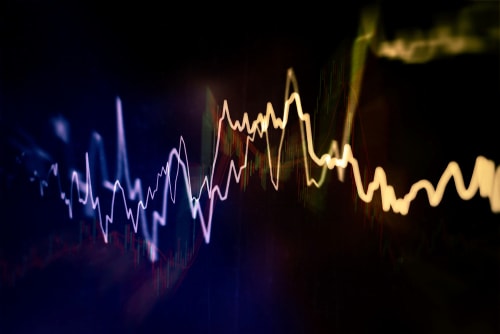 (Kitco News) - What goes up must come down before rallying again, according to one market expert, who sees a lot of choppy trading before $1,600 is hit.

Gold surprised the markets this summer when prices hit fresh six-year highs in U.S. dollars terms and reached new record levels in many other currencies, including the British pound.

Further momentum in gold cannot be ruled with the overall macro environment working in favor of the yellow metal, Rhona O'Connell, head of market analysis for EMEA and Asia regions at INTL FCStone, told Kitco News on Tuesday.

But, if prices rush higher, gold is likely to see a sharp selloff. “People are talking $1,600. It may happen, but it is not going to happen in a straight line. If we do get $1,600, we probably would have seen $1,470 first," O'Connell said. "At some point, when the price fails to deliver further momentum, you will start seeing some profit-taking. To be up that much in such a short period of time, you would normally have expected a bigger pullback. We hadn't had one.”

Bulls Are In Control

Despite projecting a slowing momentum, O'Connell reminded investors that gold is still in the bull market.

"In the current environment, it is impossible to call it a bear market … We've got enough uncertainty to keep gold in the spotlight," O'Connell noted. "If there hadn't been as many tailwinds behind the market as there are, you would certainly have found more profit-taking than there was. It is important for gold to have periods of stability."

One major element that is going mostly unnoticed by the market is the message being sent by central banks from emerging markets, who are continuously buying up gold.

"What is important here is that the amount of gold that the official sector has been absorbing is sending a pretty clear signal to the rest of the world about how it feels about stability or the lack thereof," O'Connell stated.

Central banks like stability and the surge in the official sector's gold buying points to significant concern being felt by countries like China and Russia when it comes to the stability of the global economy.

"It is partly an anti-dollarization move; it is partly picking up liquidity, partly looking at return," she said. "Gold is seen as the asset that holds things together. If you compare it with the majority of other classes, generally speaking, its correlation is low or negative. So if you are looking for portfolio stability, then gold is one of the key elements that deliver that."

One of the very few obstacles for gold prices in the short-term will be weak physical demand out of India and China, O'Connell pointed out.

The problem in India seems to be record-high gold prices, monsoon season, and the local government raising import duty on all the precious metals from 10% to 12.5%.

"All of those things have come together at the same time … [and] the buying has stopped," O'Connell said.

In China, O'Connell picked up that the government was requiring some of the banks to cut back on their imports and possibly not renewing some import quotas. This was later confirmed by Reuters. "When the flood gates are opened. We don't know if the Chinese populace will pick up that metal," she said."

This lack of physical demand points to gold's summer rally being driven by professional money and not the fundamentals. "What you may well find is that when the rally runs out of steam, the prices will come down," O'Connell noted.

What Will Powell Do at Jackson Hole and What Will It Mean for Gold? Analysts Weigh In https://t.co/aJ7g3DVXbA #kitconews #gold #silver #metals #economics #finance #investing #mining

All Eyes on the Federal Reserve This Week

With the market focused mostly on the Federal Reserve Chair Jerome Powell's speech at the Jackson Hole Symposium on Friday, O'Connell warned that the U.S. central bank will likely remain cautious and will try not to put itself into a corner to avoid scaring the consumers.

"What Powell did at the July press conference laid the groundwork for Friday … He gave himself breathing space, which is a sensible thing to do because he is not in control of the global economy," she noted. "The rate cut in July almost triggered uncertainty amongst the consumers because it raised concern around whether they should be spending right now."

Another cut by 25 basis points would be prudent, but a 50-point cut might be self-defeating, added O'Connell.