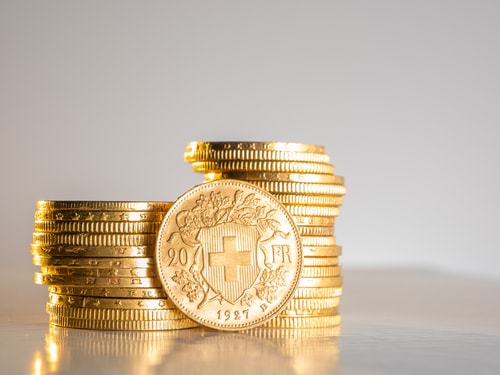 (Kitco News) - British imports of gold from Switzerland hit a six-year high in July as the precious metal’s prices rallied.

Switzerland said it shipped 90.7 tons of the yellow metal to the U.K. in July — the most since September 2012, according to the Swiss Federal Customs Administration’s website.

This is an increase of more than 1,000% in comparison to June’s shipment of just 7.4 tons.

The surge in British gold imports reflects gold’s massive summer rally, which saw prices rise from below $1,400 an ounce to above $1,500 with the yellow metal hitting fresh six-year highs. At the time of writing, December Comex gold was last trading at $1,516.00, up 0.29% on the day.

In response to the rally, investors have been piling into gold ETFs at an unprecedented pace this summer with holdings rising to a six-year high in July, the World Gold Council (WGC) reported.

The global gold-backed ETFs and similar products saw $2.6 billion in net inflows last month as holdings increased by 52 tonnes to 2,600 – a level not seen since March 2013, the WGC said at the beginning of August.

“Last month’s flows continued the positive trend that had started in mid-May as uncertainty rose – whether from economic concerns, trade tensions or geopolitical risks – and global monetary policy started to shift to a more accommodative stance,” the council said in a press release.

The rise in ETF demand in return triggered a jump in the British gold imports with London being the home to a network of vaults located along the M25 motorway. “The vast majority of ETFs have their vaults in London,” BullionVault Ltd. research director Adrian Ash told Bloomberg on Tuesday.