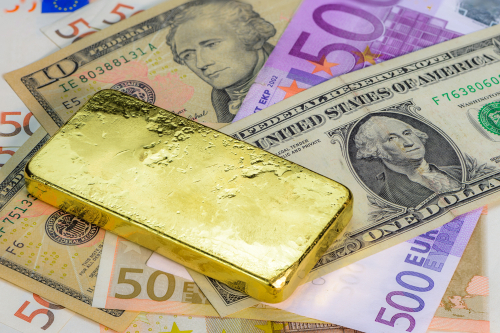 (Kitco News) - The gold market appears to be taking a breather as it holds critical support above $1,500 an ounce. However, market analysts at the World Gold Council (WGC) say that the factors that drove gold prices to a six-year high are not going away anytime soon.

At the start of the month, the World Gold Council said that physical gold demand hit its highest level in three years in the second quarter. Demand was driven by continued unprecedented demand from central banks and growing investor appetite for safe-haven assets.

The WGC also noted this month that holdings in global gold-backed exchange traded products hit a six-year high in July.

In a recent interview with Kitco News, Alistair Hewitt, director of the WGC’s market intelligence group, said that financial market uncertainty has become a structure issue and conditions could easily get worse before they get better.

Hewitt hasn’t been far off the mark as global recession fears have picked in August with global bond yields falling sharply.

In the U.S., the real yield on 10-year bonds is hovering at 2 basis points, up only slightly after falling into negative territory last week. Europe continues to see negative bond yields. On Wednesday, for the first time in history, Germany sold a 30-year bond with a negative yield. The total value of global negative yield bonds is now north of $16 trillion.

“Negative bond yields aren’t going to be fading away anytime soon,” he said. “They have underpinned inflows in gold back exchange traded funds for some time and they are going to remain in place.”

But it’s not just Europe that is facing financial uncertainty. Hewitt said that Brexit concerns continue to dominate the marketplace. The nation faces a hard no-deal exit from the European Union if it is not able to renegotiate the divorce by Oct. 31.

“The political situation, currency concerns will remain on investors’ minds,” he said.

Crossing over the Atlantic, Hewitt said that he is not expecting U.S. financial turmoil to end anytime soon with the Fed projected to embark on a new easing cycle. CME FedWatch Tool shows that markets have all but priced in a rate cut next month. Markets also see at least three rate cuts by the end of the year.

“One of the strengths of the gold market this year is that it isn’t reliant on inflows in anyone area. We are seeing inflows from the U.S., U.K. and Germany and the drivers in each of those markets are subtly different.”

Looking at the official gold sector, Hewitt said that there is no reason to expect central bank will stop purchasing gold anytime soon. WGC research noted that nine central banks bought gold in the first half of 2019.

“We’ve seen an incredible year of central bank demand and has been a significant positive factor for me,” he said. “Two years ago the only central banks that bought gold were Russia, Turkey and Kazakhstan and now you have seen just so many more central banks buying gold.”