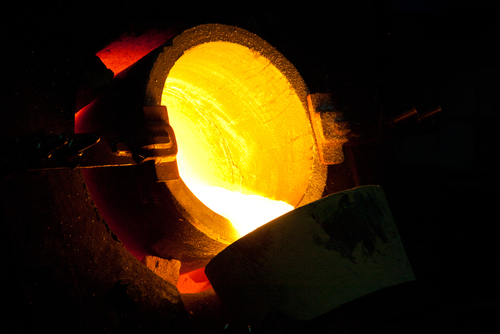 (Kitco News) - There appears to be no stopping the juggernaut that is the Australian mining sector as gold production hits another record high for the 2018/2019 financial year, according to Australian gold mining consultants Surbiton Associates.

Gold production hit a record high of 321 tonnes or 10.3 million ounces in the 2018/19 fiscal year, the firm said in a report released Sunday. This compares with 310 tonnes in the previous corresponding period and 317 tonnes in the 2018 calendar year.

“Reporting yet another record gold production is good but becoming rather repetitive,” said Dr Sandra Close, a Surbiton director. “With Australian dollar gold prices near record levels, the 2018/19 output is worth almost A$23 billion a year at current prices.”

The Australian gold market has been on fire for the last two months with gold significantly outperforming the Aussie dollar. Gold last traded at A$2,268,60 an ounce, up 0.62% on the day.

The consultancy firm said that between April and June gold miners produced 82 tonnes of the precious metal, the highest quarterly production in the last 20 years.

Although future gold production is uncertain, Close said that the outlook seems positive.

One factor, Close warned that could be a drag on future production is government action. Late May, the Victoria state government surprised the industry by announced that it would impose a 2.75% tariff on state gold production. Close said it appeared that it had not been properly thought through. She added that the government announcement would do nothing to enhance Victoria’s reputation as a great place to explore and mine

“Despite its illustrious past Victoria has only a small gold mining industry today, much of which is in need of encouragement and support rather than a sudden impost, if regional jobs are to be maintained,” Close said.

Australia’s trend of record-high gold output might not last for much longer, warned S&P Global Market Intelligence back in April. https://www.kitco.com/news/2019-04-30/Australian-Aging-Mines-Are-Running-Out-Of-Gold-S-P-Global.html

Estimating future global gold output, S&P’s report showed that Australia’s production is expected to fall the most in the next five years as the nation’s aging mines begin to “run out of gold.”

“Australia's production is expected to fall the most. The current second-largest gold producing nation behind China is expected to fall to fourth place globally in 2024,” S&P Global Market Intelligence analyst Christopher Galbraith said. “The underlying reason for Australia's fall is the depletion of several long-lived assets such as St Ives, Paddington, Telfer, Edna May, Southern Cross, Agnew/Lawlers and more.”

The following is Australia’s largest gold producers for the June 2019 quarter: