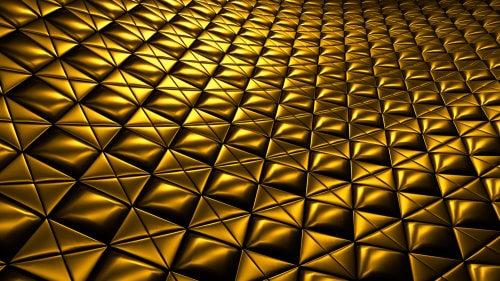 (Kitco News) - Gold prices were steady after newly released data showed that orders for long-lasting U.S. factory goods were up 2.1% in July, coming in above expectations.

Market consensus was calling for a 1.1% increase in July. Meanwhile, the previous month’s data was revised down to 1.8%.

In response to the data, gold prices were largely unmoved with December Comex gold futures last trading at $1,540.60, up 0.20% on the day.

The weak part of the report was the core durable goods section, which excludes volatile transportation sector. Core orders were down 0.4% versus the market expectations of a 0.1% increase in July. Excluding defense, new orders were up 1.4%.

After digesting the report, analysts said it was a mixed bag of data, considering the weakness in core durable orders.

“The 3-month annualized rate for that breakdown shows growth, albeit slim, of 1.3%. However, core capital goods shipments disappointed, falling 0.7%, to leave the 3-month pace in that area also barely higher. As such, it appears that while business investment may return to being a positive for growth in Q3 at this early stage, it isn't likely to be a big driver. Limited market reaction expected to these rather mixed results,” said CIBC Capital Markets senior economist Andrew Grantham.

Gold prices were more focused on the U.S.-China trade war tensions on Monday, which escalated Friday and seemed to have calmed down a little during the weekend. Gold saw a jump to fresh 6.5-year highs overnight with December Comex gold reaching $1,565.00 an ounce.

Since then, the yellow metal has somewhat retreated but was still modestly up on the day, said Kitco’s senior technical analyst Jim Wyckoff.

“Geopolitics is on the front burner of the market place this week, which is helping to lift the safe-haven metals. Their technical postures are also fully bullish, which continues to invite the chart-based buyers,” Wyckoff wrote.