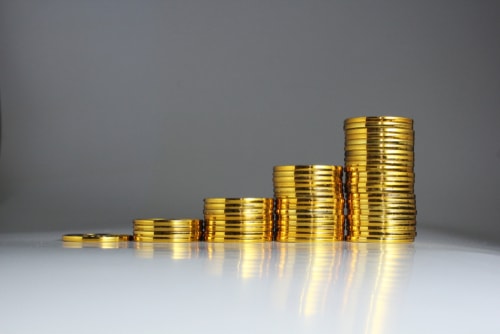 The U.S.-China trade war boosted the case for long-gold positions, UBS analysts at the wealth-management unit Giovanni Staunovo and Wayne Gordon said in a report on Monday.

The firm's long-gold trade was originally initiated in May and the analysts are sticking to it throughout the year.

"The trade war between the U.S. and China has escalated to a new level," Staunovo and Gordon wrote. "Gold has demonstrated its safe-haven qualities and we stay long the metal, a trade we initiated in mid-May."

The yellow metal found a new driver on Friday amid renewed tensions between the U.S. and China. Tensions escalated over the weekend after China announced retaliatory tariffs against $75 billion worth of U.S. goods and U.S. President Donald Trump responded with additional duty on some $550 billion of targeted Chinese goods.

On Monday, stocks have rebounded somewhat as China called for calm and signaled that it wants to return to the negotiating table.

The most significant risk to UBS' bullish outlook is a quick de-escalation of the U.S.-China trade war, the analysts added.

"The main risk to our call is a backflip by Trump or concessions and de-escalation by China, paving the way for a trade deal ahead of the U.S. presidential elections in 2020," the UBS analysts said.