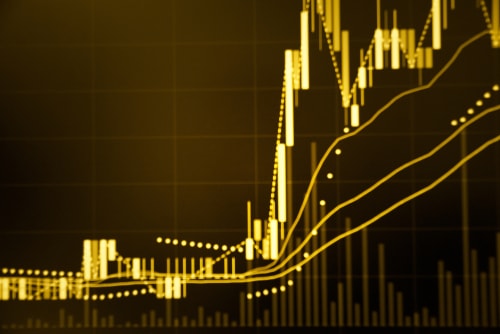 (Kitco News) - Gold is just beginning its move higher, according to Bloomberg Intelligence (BI), which is bullish on gold prices long-term.

"One of the key things to watch is volatility — stock market volatility," McGlone said. "Volatility is recovering. If volatility keeps going higher, you'd expect the price of gold to outperform the S&P 500. That's the key to watch in commodities."

Gold is still far from record highs in U.S. dollar terms and there is a lot of upside potential there, added the BI strategist.

When it comes to investment strategies, McGlone advised looking at long calls.

"If you are an options trader … Maybe you'd look at some long-call strategies. You might lose your premium, but at some point, they'll kick in. Gold looks like it is breaking out, long calls offer value," he noted.

Despite some overextended positions in the near-term, McGlone confirmed that gold is in a "nascent bull market" and could be used as a good stock market hedge.

At the time of writing, gold prices were back in a rally mode with December Comex gold futures surging more than 1% on the day and last trading at $1,553.70.

Earlier in August, BI released its commodities update in which McGlone wrote that the gold market was set up to continue its bull run after a pause. "Gold's advance appears to have among the strongest foundations," he noted.

Gold's mission remains to revisit its resistance at $1,700 an ounce, last seen in 2013, McGlone highlighted.

"A potential increase in hedge fund positions supports our view that gold's initial mission is revisiting resistance near 2013's peak at $1,700 an ounce," he said. "Hedge funds' net-long futures positions are a bit extended, but indicate that gold is in the early days of a bull market."