Is bitcoin about to tank? Self-declared bitcoin creator ordered to pay $4bn to ex-partner 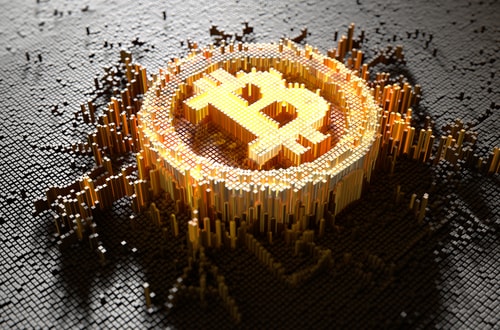 (Kitco News) - Self-proclaimed bitcoin creator Craig Wright was ordered to hand over more than $4 billion worth of bitcoins to the estate of his former partner Dave Kleiman, according to the ruling by the district court in Florida.

On Monday, U.S. Magistrate Judge Bruce Reinhart ruled that late Dave Kleiman rightfully owned half of all bitcoins that Wright mined up to 2014 as well as half of his intellectual property, the court transcript revealed.

This means that Kleiman’s estate will receive more than 410,000 bitcoins at a time when one bitcoin is worth $10,265.

During the court proceedings, Wright argued that the bitcoin mined was inaccessible due to a complicated encryption mechanism and the fact that David Kleiman, who supposedly knew who had the encryption keys, has passed away in 2013.

Reinhart, however, did not believe Wright’s argument, stating: “During his testimony, Dr. Wright’s demeanor did not impress me as someone who was telling the truth. When it was favorable to him, Dr. Wright appeared to have an excellent memory and a scrupulous attention to detail. Otherwise, Dr. Wright was belligerent and evasive,” he said.

The case is not over yet. There are still issues like the collection that need to be clarified. Plus, the ruling needs to be adopted by the district Judge, Beth Bloom in order to become final. Also, Wright can still appeal.

No clear judgment was made on whether or not Wright is Satoshi Nakamoto — bitcoin’s creator. But, Wright’s spokesperson chimed in, saying that if Wright has the coins, he must be Satoshi. “Otherwise, he couldn’t have them in the first place,” Pownall told Bloomberg in an email.

After all the bitcoins are transferred to Kleiman estate, Wright warned that the crypto market can flood, stating that Ira Kleiman, Dave’s brother and the executor of his estate, would dump at least $2 billion worth of bitcoin just to pay taxes.

“The judge ordered me to send just under 500,000 BTC over to Ira. Let’s see what it does to the market … Now he has to pay estate tax on that if he wants it.” Wright told Modern Consensus in an interview following the court decision.

“If you’d left me alone, I would have sat on my … money, and you wouldn’t have to worry. And the biggest whale ever has to dump because he has to pay tax. It’s not a transfer. Florida has an estate tax. Trust me. This is not an outcome I would have liked. At the end of the day, that’s not a good thing for BTC,” he added.

“Lots of chatter about Craight Wright’s bitcoin crashing the market. Odds of that happening seem to be around zero. ZERO. Want to be bearish BTC? Find another reason,” Krüger tweeted on Tuesday.

Lots of chatter about Craight Wright's bitcoin crashing the market. Odds of that happening seem to be around zero.

Want to be bearish $BTC? Find another reason. https://t.co/2yLzjWWyTu