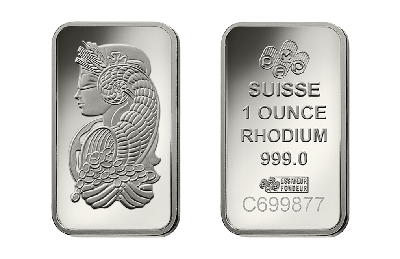 (Kitco News) - Investors can’t keep their eyes off gold and silver but there is another precious metal that continues to outperform even these rising stars.

Rhodium appears to be on an unstoppable rally and the sky could be the limit as demand continues to outweigh supply. The precious metal is currently trading at $4,200 an ounce, its highest level since September 2008. The metal is up 82% this year, with the rally picking up momentum since early June.

Although rhodium prices remain extremely volatile because of its opaque marketplace, some analysts continue to see higher prices as the market continues to be dominated by growing auto sector demand and shrinking supply. Some analysts are keeping an eye on the metal’s 2008 all-time highs just below $10,000.

“From a technical perspective, once rhodium broke above $3,700, there are no chart lines until $10,000,” said Peter Hug, global trading director at Kitco Metals.

Afshin Nabavi, head of trading at MKS (Switzerland) SA, said that it the price action shows that rhodium is stuck in a one-way market; however, he added that he expects prices to remain extremely volatile within the thin opaque marketplace.

“I think you can definitely see higher rhodium prices going forward as there is good momentum in the market but I don’t know how sustainable the rally will prove to be,” he said.

Matt Watson, president at Precious Metals Commodity Management, said that he does not expect to see the demand for the precious metal slow anytime soon. 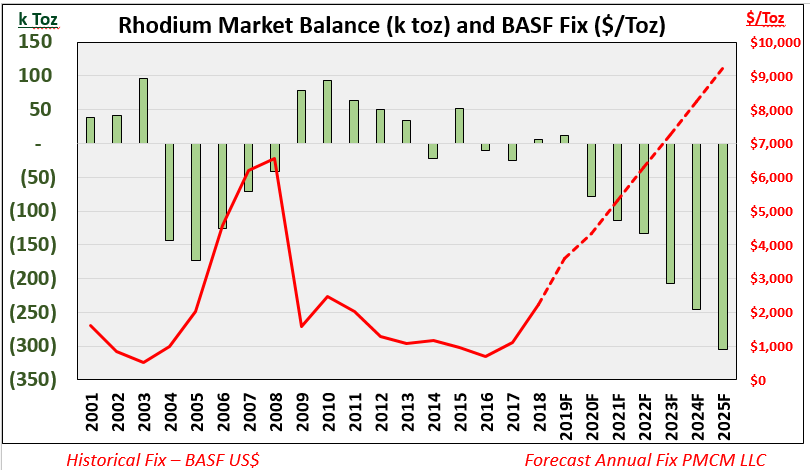 The auto sector dominates demand for rhodium. The metal is a critical ingredient in auto catalytic converters, which are used to reduce harmful exhaust emissions. Among the platinum group metals, palladium is predominately used in gasoline engines and platinum is used in diesel vehicles, but rhodium is needed for both diesel and gas engines.

“They are putting rhodium in everything,” Watson said. “Because of higher environment standards, they are throwing more and more rhodium in converters. I don’t see the big automakers stopping this trend anytime soon and the supplies they need are just not there.”

While Watson sees higher prices continue to dominate the marketplace, he added that a parabolic rally would not be healthy for the sector. Another rally to $10,000 would spark another crash, he pointed out.

In a report in May, precious metals firm Johnson Matthey said that they see rhodium auto catalyst demand to rise by 2010 this year and supply rising by 5%, which would leave the market in a small surplus; The firm forecasts a surplus of 44,000 ounces. The analysts added that this could easily be absorbed in the marketplace.

“In view of our forecast of sharply rising automotive demand in Europe and China, we expect spare metal to be readily absorbed by consumer purchasing and, potentially, by strategic buying in anticipation of future demand growth,” the analysts said in the report.

Watson added that the one factor that could slow down rhodium’s rally is a potential weakness in the global economy.

“Thank god for a global slowdown. It’s sad but true,” he said. “This rally is like Thelma and Louie. The rally is going higher but we are headed for a cliff."