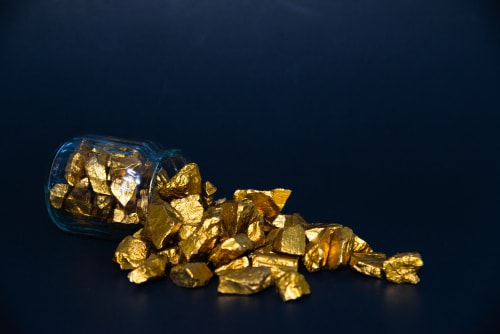 (Kitco News) - Central banks want to own more gold and this booming trend is only likely to continue in the coming years, said Australia and New Zealand Banking Group (ANZ).

“In the current environment, where uncertainty in emerging-market currencies is high, we see a good reason for countries like Russia, Turkey, Kazakhstan and China to continue to diversify their portfolios,” Hynes and Kumari wrote.

ANZ pointed to China as the country with the most potential to step up its gold purchases in the coming years.

“The People’s Bank of China holds nearly 1,936 tons of gold, which equates to only 3% of its total foreign reserve holdings, giving the country plenty of room to increase its allocation,” the said.

The latest data out of China revealed that the Chinese central bank continued to stock up on gold for the eighth month in a row in July as the country’s gold reserves rose to 62.26 million ounces from June’s 61.94 million ounces.

Figures out of Russia were also impressive as the country’s central bank added more than 96 tonnes of gold since the beginning of 2019. During the last decade, Russia’s gold reserves have gone from 2% to 19% as of the end of 2018 Q4, according to the World Gold Council’s (WGC) data.

“Russia’s central bank has been the largest and most consistent buyer of gold in recent years, almost doubling its reserve (from 1,040t to 2,219t) in the last five years. Much of this has been to the detriment of its U.S. debts and currency, and is in response to increased political risks and sanctions by Western countries,” ANZ said.

Last year, central banks around the world purchased a total of 651.5 tonnes of gold last year — the largest amount since 1971, WGC’s figures revealed.

Increased central banks’ gold purchases have been one of the key factors supporting higher gold prices, added ANZ. Currently, the official sector’s demand for gold represents about 10% of worldwide consumption, the Hynes and Kumari stated.

The price of gold has been on the rise this summer, surging above $1,500 an ounce in August and hitting fresh 6.5-year highs.

ANZ sees the gold rally lasting despite some short-term downside risks. “Despite a recent rally, we believe gold still has upside potential. Gold is a strategic asset, from a risk-adjusted returns perspective, so amid heightened economic and geopolitical risk, we see it benefitting from its safe-haven status. The macro backdrop is turning in its favor with easing monetary conditions and heightened risks,” the bank said.