Platinum up nearly 7% in the last 3 days, has room to move higher – analysts 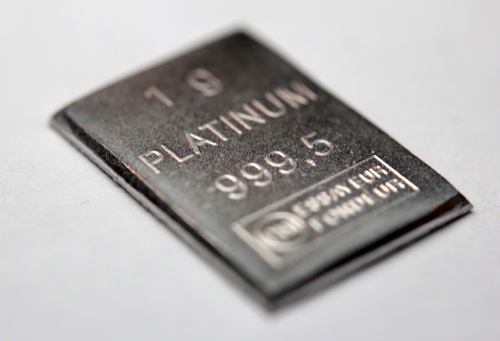 (Kitco News) - First it was gold, then silver and now investors are jumping into platinum as momentum builds through the precious metals market.

The precious metal is seeing unprecedented price action, rallying nearly 7% in the last three days to trade near its highest level in nearly 16 months. October platinum futures were last at $917.60 an ounce, unearly 1% on the day. 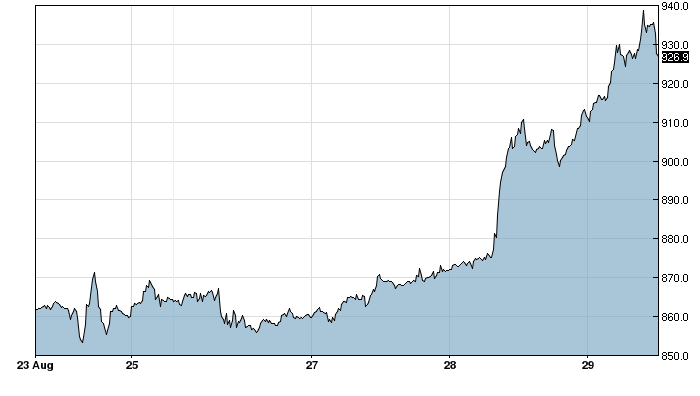 For many analyst the rally in platinum is long overdue. The metal has struggled over the last few years as demand for diesel vehicles has dropped sharply because of the global emissions scandal that rocked the auto sector nearly four years ago.

“It has been an unloved metal for such a long time,” said Bart Melek, head of commodity strategy at TD Securities. “But we’ve seen gold and silver break out so this move does make sense.”

Although platinum has been on a wild ride this week, Melek said that he doesn’t think the rally is over. His bank sees prices pushing to $1,100 by the end of the fourth quarter.

“Platinum is way undervalued based on its benchmarks,” he said. “Because of its strong correlation to gold I think we can still see higher prices.”

While speculative money appears to be driving platinum prices, Ross Strachan, senior commodities economist at Capital Economics said that there could be some fundamental reasons behind the rally.

He noted that China is looking to introduce new fiscal stimulus measures to try to boost its domestic economy as it fights the effects of its ongoing trade war with the U.S. At the same time, Strachan noted that labor negations among miners and producers in South Africa do not appear to be going smoothly, which could lead to future work action, lowering supply of the precious metal.

Although the Chinese car market is dominated by gasoline vehicles, Melek said that auto makers could start substituting expensive palladium for cheaper platinum.

In a recent interview with Kitco News, Ole Hansen, head of commodity strategy at Saxo Bank, said that he is not surprised that platinum is seeing strong buying momentum.

“I don’t think you can ignore the investor appetite for anything that is shiny,” he said.

He added that investors who missed the rally in gold are jumping into silver and platinum because they have been so undervalued.

However, the rally hasn’t come as a huge surprise to some analysts as the precious metal has seen unprecedented investor demand for platinum-backed exchange-traded products.

Trevor Raymond, director of research with the World Platinum Investment Council, noted in the council’s quarterly supply demand publication that investment demand through exchange-traded products totaled 690,000 ounces in the first three months of the year.

“That was the largest increase in ETF holdings in any three-month period since the launch of physically backed platinum ETFs in 2007,” he said.