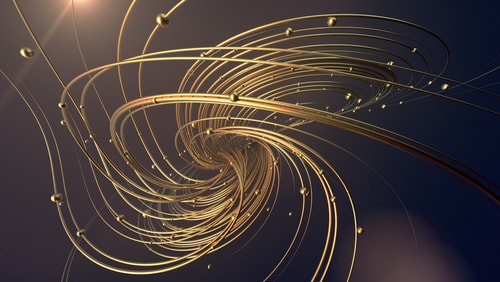 (Kitco News) - Precious metal investors are turning their attention to the U.S. economic outlook next week as Federal Reserve Chair Jerome Powell is likely to give his final clue before the central bank’s September monetary policy meeting.

Gold prices have lost all their weekly gains after hitting fresh 6.5-year highs on Tuesday as risk-on sentiment climbed on signs that the U.S.-China trade tensions were calming down in the near term. December Comex gold futures were down 0.3% on a weekly basis, last trading at $1,532.60.

“We had a positive response to the Chinese postponement of retaliatory action against the U.S. And it seems the U.S. President Donald Trump cooled off on the negative rhetoric as well. The market is hopeful that there might be a cession of aggression on the trade front here,” said TD Securities head of global strategy Bart Melek.

Despite erasing the majority of the weekly gains, gold prices held above the key support level of $1,530 an ounce. If this continues, the likely future direction for prices will be up, Blue Line Futures president Bill Baruch told Kitco News on Friday.

A bit more consolidation in gold next week would not surprise the analysts in light of equity markets getting a bid.

“Gold could head a little lower. There is probably less incentive to hedge or de-risk … But, if data deteriorates, the Fed comes in more dovish, and we see a return of higher volatility in equity markets, gold will be propelled higher. We ultimately see it moving significantly to the upside. On the downside, there’s strong support around $1,488 and upside is $1,586,” Melek added.

All eyes on Powell, employment data

Fed chair Jerome Powell will be giving a speech on Friday at the University of Zurich in Switzerland at 12:30 p.m. EDT. This will likely be the last speaking engagement before the Fed’s interest rate decision on September 18.

“Powell is due to give a speech late on Friday next week. I would imagine he would drop a final hint that they are planning another rate cut in September,” Capital Economics U.S. economist Andrew Hunter said. “Powell’s speech at Jackson Hole last week made it clear that the Fed was planning another rate cut in September based on the escalating trade war and weakness elsewhere in the global economy.”

Markets are currently pricing in a 95.8% chance of a 25-basis-point cut and a 4.2% chance of no cut at all at the September meeting.

Capital Economics is currently projecting a rate cut in September and December while estimating for rates to remain on hold next year.

Powell’s speech on Friday will come after the most significant data release out of the U.S. next week — August’s employment report.

“Most importantly on Friday we have the U.S. payrolls number, which everyone is looking at,” said Melek. “Market is looking for about 168K print. Anything below that would send gold higher.”

U.S. economy is ‘not falling off a cliff’

Overall, the U.S. economic data this week was not too disappointing, showing that the economic outlook might not be as gloomy as markets are anticipating.

“On the whole, the data has been reasonably reassuring, suggesting that even though growth has slowed in the past few quarters, it is certainly not falling off a cliff … Second-quarter GDP data revealed that although the overall growth of GDP was revised down very slightly, consumption growth has been estimated to be close to 5% annualized, which is very strong,” said Hunter.

The July spending data out of the U.S. also showed that strength has continued into the third quarter, Hunter added. “We are estimating consumption growth somewhere around 3.5%-4% in Q3, which is still pretty strong. Looks like GDP growth will be somewhere close to 2% again in Q3,” he noted.

The U.S.-China trade war worries do not seem to be impacting the U.S. consumer, Hunter pointed out.

“We know that investment growth has been slowing but actually that’s what we would expect given the fact that growth in corporate profits has been slowing,” Hunter stated. “Consumers don’t seem to care at all so far. You might expect that to change if the next round of tariffs will start to put more upward pressure on consumer prices. So far, there isn’t much evidence of this.”

Another interesting ongoing development in gold is its ability to ignore the rising U.S. dollar, noted Baruch.

“The dollar is in a breakout. The dollar index settled at the highest level of the year on Thursday and looking to confirm that settlement today,” he said.

A likely explanation for gold’s resilience is conflicting fundamentals, such as a steady U.S. dollar climb in light of the yield curve inversion, Baruch added.

“The Treasury complex is holding very well. And you’ve got a 2-year and 10-year yield inversion. Those are conflicting factors. They are neutralizing each other and allowing gold to hold ground and trade well,” he explained.

Gold can breakout to new highs if the U.S. dollar loses steam, Baruch said. “Gold is also finding a tailwind from silver, which is seeing higher prices due to more of a technical breakout.”

What else to watch

Analysts have Trump’s Twitter on their radar as any new statements can trigger a new rally in gold. “Inflammatory statement from Trump can cause a lot of disturbance in the market and help gold,” Melek said.

Even though next week will be a short one due to the long weekend in the U.S., there will still be plenty of key data to digest. Reports to keep a close eye on include ISM manufacturing, the Beige Book, and durable goods.

“ISM manufacturing data is coming out on Tuesday. It will give us direction as manufacturing market still expects above 50 print. If this goes closer to the 50 mark, which is the borderline telling us whether it is expanding or contracting, that will have a big impact on the gold market,” Melek said.