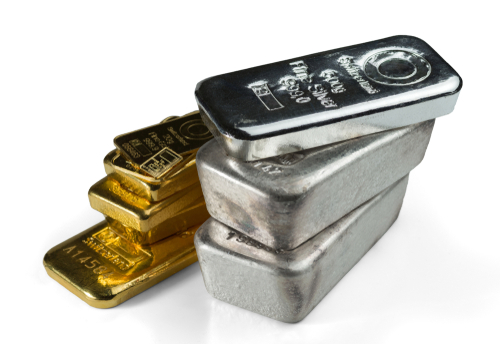 (Kitco News) - Hedge funds are slowly increasing their bearish bets in gold but are still reluctant to let go of the yellow metal as bullish positioning remains relatively unchanged near a two-year high, according to the latest trade data from the Commodity Futures Trading Commission (CFTC).

Some commodity analysts have noted that the gold market remains an attractive safe-haven asset. The analysts explained that investors are holding on to their insurance policy in an environment of growing financial market uncertainty and the rising threat of a global recession.

“The outlook for the yellow metal remains promising despite already rallying to multi year highs,” said analysts at TD Securities. “Indeed, China’s retaliation on the trade front sparked a Trump twitter tirade and ultimately saw the President increase the tariff rate once again. This, along with dovish central banks, inverted yield curves, a surging pile of negative yielding debt, political issues in Europe and tensions in Hong Kong, all signs argue for a still positive gold outlook.”

The CFTC's disaggregated Commitments of Traders report, for the week ending Aug. 27, showed money managers increased their speculative gross long positions in Comex gold futures by 8,573 contracts to 258,269. At the same time, short bets rose at a slightly faster pace, up 11,703 contracts at 31,553. Gold's net-long positioning currently stands at 226,716 contracts, which is a 1.3% decrease from the previous week.

The small change in speculative positioning had little impact on prices, which hit a fresh six-year high above $1,550 an ounce during the survey period.

Despite the latest drop, gold’s net-length remains near its highest level in two years following strong buying at the start of August. Ole Hansen, head of commodity strategy at Saxo Bank said that the increase in gold short bets could be the result of spread trading as investors bet heavily on silver as prices rose two a two-year high.

Looking ahead, some commodity analysts see potential for hedge funds and investors to take some profits in their bullish gold bets as the market appears to be entering a consolidation period.

“In the near term, some consolidation of positioning would not be unexpected…but we do not anticipate any major shakeouts,” said analysts at TD Securities.

“At current levels, both CFTC and ETF positions remain bullish and are likely to continue to be so over the near-term should price action remain firm broadly around USD $1,500 - $1,480,” the analysts said.

Although momentum appears to be slowing in the gold space, silver remains an extremely attractive market as bullish bets helped push prices above $18 an ounce, the highest price in two years.

“The considerable investor interest in silver was the main reason why silver not only increased in absolute terms but also made up ground vis-à-vis gold. The gold/silver ratio is currently at a good 82, its lowest level since January,” said analysts at Commezbank.