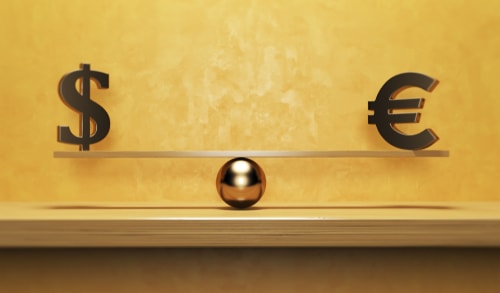 (Kitco News) - After hitting record highs in euros and British pounds, gold could be ready for new record highs in U.S. dollar terms, according to Bloomberg Intelligence (BI).

Gold prices had a stellar August, with the metal hitting new all-time highs in multiple currencies as well as reaching fresh six-year highs in U.S. dollars.

“Dollar-denominated gold is likely to follow all-time highs in euro terms reached Aug. 26 … Despite the trade-weighted broad dollar rallying about 10% since the start of 2018, dollar-valued gold has increased 15%. Trade tension and diminishing macroeconomic conditions have been drivers, but increasing stock-market volatility is a primary gold-price support,” BI senior commodity strategist Mike McGlone wrote in a September update.

Precious metals are on a very solid footing and are likely just beginning their upward ascension, McGlone wrote this week.

“We expect precious metals to remain the stalwart sector, as moribund silver and platinum gain buoyancy with the rising gold- and bond-price tide. A catalyst to reverse the entrenched trends, namely a definitive U.S.-China trade accord, is unlikely,” he said. 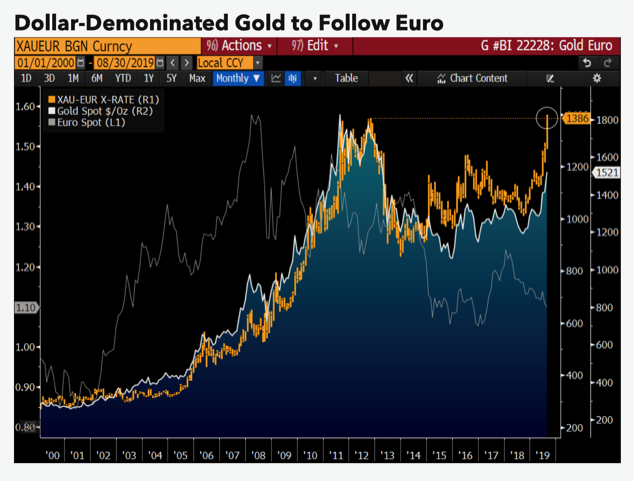 After five years of price consolidation, there is an “unprecedented” foundation for higher gold and silver prices, McGlone pointed out.

“Markets are in the early days of acknowledging the potential upside in primary store-of-value, quasi-currency, diversifier assets gold and silver, in our view. Plunging and increasingly negative bond yields, central-bank easing, trade and currency wars, elevated debt-to-GDP levels and a contentious U.S. presidential relationship with the Federal Reserve are price tailwinds,” he explained.

The biggest threat to the precious metals’ new bull market is a drop in stock-market volatility, which is looking unlikely at this point, BI’s report noted.

“The dollar price of gold is on far more stable ground than it was about a decade ago. Some combination of sustained greenback strength and rapid stock-market appreciation should be necessary to suppress the metal's price … Bottoming with the Federal Reserve's interest-rate hike in 2015, the gold price appears to be situated for brighter days,” McGlone said.