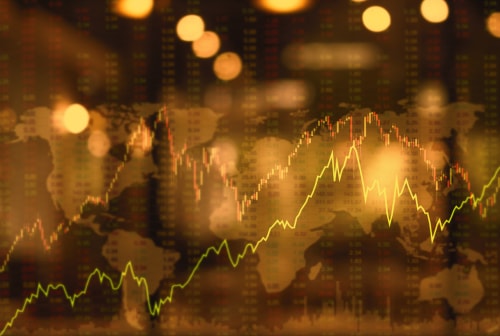 (Kitco News) - Whether or not the gold rally has run its course is dividing the gold market community with some expecting higher prices long-term and others claiming the yellow metal has reached its peak for the time being.

Gold prices saw a sharp move lower on Thursday as risk-on sentiment swept through financial markets after positive U.S.-China trade headlines. December Comex gold futures were last at $1,528.70, down 2.03% on news that U.S.-China trade talks were set to resume in October.

"Gold prices … have at least temporarily lost their recent safe-haven bid … as the U.S. stock market is rallying and the stock indexes are sharply higher on the day," wrote Kitco's senior technical analyst Jim Wyckoff.

But, with stronger-than-expected U.S. macroeconomic data and possible U.S.-China trade war progress, some analysts are peddling back their gold expectations.

"While we forecast that bond yields will stay low for some time and that global equities will sell off in the coming months, we think that the rally in gold has run its course," said Capital Economics markets economist Simona Gambarini.

Supporting this forecast is Capital Economics' projection that yields will not weaken much further. "This is because they are already at record lows and, crucially, investor expectations for monetary easing have, in most cases, gone too far in our view," Gambarini wrote.

What this means for gold is that it probably reached its peak level for this year, according to the economist. "We don't think that there is much scope for the price of gold to rise further this year and expect it to end 2019 at around $1,500 per ounce … We then forecast that it will drop further in 2020, to $1,350 by year-end," added Gambarini.

Gold bulls, however, should not panic until the yellow metal tumbles below $1,500 an ounce, Kitco's Wyckoff pointed out in a special report on Thursday.

"It's important to keep in mind near-term price uptrends are still firmly in place on the daily bar charts for both metals. For the near-term uptrend in gold to be seriously jeopardized, prices would have to drop below solid chart support at $1,500," Wyckoff said. "If those levels are breached, then gold and silver bulls can start to fret a bit."

TD Securities, which has attributed gold's summer rally to a more broad paradigm shift in the arenas of geopolitics and central banks, is also projecting a much brighter outlook for the metal.

"While extremely skewed positioning amid hopes of a U.S.-China trade deal and added risk appetite may force gold just under $1,500/oz support, gold is still on its course to pursue a multi-year rally," strategists at TD Securities said on Thursday.

It is "fundamental changes to the geopolitical order and how central banks will do business in the future" that are the new drivers supporting gold prices long-term, the strategists explained.

The more central banks ease around the world, the more the effects of their policies will be limited.

"Next year [will be] an ideal time for gold … where monetary authorities … will see policy head straight towards unconventional mode when the economy slows," TD's strategists wrote. "There is speculation by central bankers … that the world is already in a liquidity trap which implies that both conventional and unconventional monetary policy easing will become less effective forms of stimulus."

The more unconventional monetary policies could include negative interest rates and different forms of quantitative easing.

On top of that, geopolitical restructuring is expected to continue to boost gold prices behind the scenes, the banks' strategists added. "The U.S. is abrogating its hegemon role and is abandoning multilateralism, [which] is leading to growth-destroying trade chaos and increasing talk of the need for a new reserve currency."

The official sector has already started to protect itself with increased gold purchases, TD Securities added in the latest note.

"Central banks purchases have grown dramatically, with over 640 tonnes of purchases in 2018. TD expects well over 1,000 tonnes of gold entering government vaults over the next two years as well," the strategists said.

TD Securities is not ruling out new gold record highs in USD terms in the coming years but warns that gains won't all happen in s straight line. "Portfolio weightings have already started to tilt aggressively into gold, as the pieces necessary for an extension of the recent bull run are indeed falling into place."