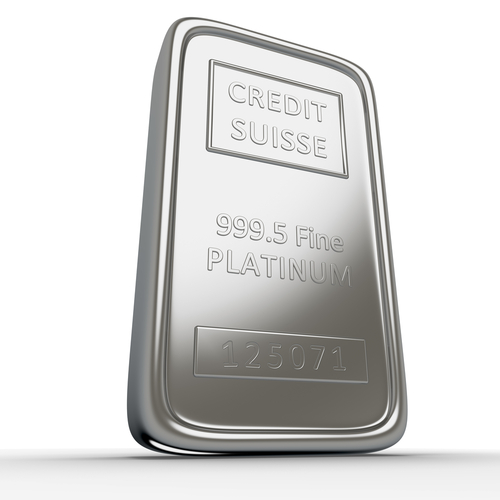 (Kitco News) - Unprecedented investment demand dominated the platinum market in the first half of the year, according to the latest report from the World Platinum Investment Council (WPIC).

While the platinum market saw positive demand growth between April and June, the investment council's second-quarter report highlighted a much quieter market compared to the first quarter.

The WPIC added that after the strong first-half performance, they see investment demand rising to 900,000 ounces for the year.

“This more than offsets expected demand decreases in the automotive and jewelry segments of 4% and 5% respectively,” the WPIC said in the report.

In an interview with Kitco News, Trevor Raymond, director of research for the investment council said that investors are jumping into the platinum market in anticipation of a shift in the metal’s supply and demand dynamics.

“The view that these investors are taking is that there will ultimately be more demand from the automotive sector and supply looks to shrink,” he said. “For a lot of investors it just looks like everything is pointing in the right direction for platinum.”

Because of the renewed investment demand, the WPIC adjusted its surplus expectations for the rest of the year. The council sees the surplus narrowing to 345,000 ounces for 2019, down from the previous estimate of 375,000 ounces.

Raymond added that it would not take a dramatic change in demand for the market to work through the current surplus.

Looking at platinum supply, the WPIC said that they expect to see a rise of 4% this year, but Raymond noted that this rise will be due to limited factors.

Raymond noted that platinum supply has been declining since 2006 and the situation is now becoming critical in South Africa. He added that next year, supply is expected to hit 2018 levels.

“Even with platinum prices moving higher, even if South African producers wanted to produce more it would take them three to four years to do anything material,” he said.

Looking forward, automotive demand remains the key factor to drive higher investment demand. Because of critical palladium supplies, Raymond said that the WPIC suspects that some automotive companies are already substituting palladium for platinum. He added that it is only a matter of time before this demand shows up in the marketplace.

Although diesel demand has declined sharply in Europe in the last four years, Raymond said that this trend is not sustainable.

“The rate of decline continues to ease as independent evidence emerges of exceptionally low NOx emissions from new diesel cars and their low CO2 emissions,” the WPIC said in the Q2 report. “Diesel vehicles will have a vital role to play in the lower EU CO2 fleet emissions required for automakers to avoid heavy fines.

Raymond added that platinum demand is not completely dependent on total vehicle sales. What is more important is how much metal is going into each catalytic converter. Because of strict emission standards auto companies are heavily loading their converts with platinum and palladium.

“Companies are not going to take any chances when it comes to meeting these new emission standards and we see loadings increase by 30%,” he said. “There is a lot more awareness of climate change and emission standards are only going to tighten, which means companies will need to use even more metal.”

Looking ahead, because of favorable market conditions, Raymond said that the WPIC expects that platinum and palladium will see price parity in the next few years.