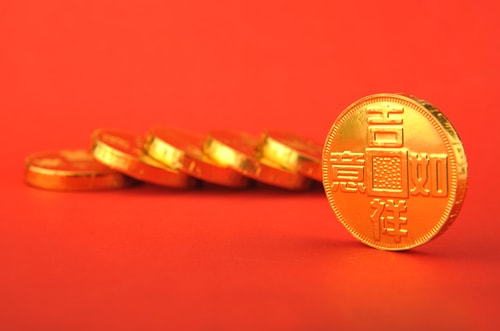 (Kitco News) - China continued the path of diversification in August as it bought gold for the ninth straight month, adding nearly 100 tons of the yellow metal to its reserves since December, according to the latest data released by the People’s Bank of China.

The People’s Bank of China gold holdings were up at 62.45 million ounces in August in comparison to July’s 62.26 million, the data published on the central bank’s website said.

On a monthly basis, this means that China added 5.91 tons of gold to its official reserves in August, which put total gold acquisitions during the past nine months at nearly 100 tons.

China’s renewed interest in gold has coincided with a massive rally in gold prices as well as an escalating trade war with the U.S.

Gold has seen impressive results this year, up $200 since January. And despite some moderate losses during the past couple of week, the yellow metal is still trading well above the $1,500 an ounce as remains near fresh six-year highs that it reached in August.

China has not always revealed its gold purchases in the past. For example, in 2015, it surprised the markets by announcing a 57% rise in gold reserves after not saying anything for six years.

Central banks around the world have been upping the gold purchases in 2019 after buying a total of 651.5 tonnes of gold last year — the highest level since 1971, the World Gold Council’s (WGC) figures revealed.

This trend, which is not going away anytime soon, is boosting gold prices by increasing demand for the yellow metal, according to Australia and New Zealand Banking Group (ANZ).

Heightened global tensions, currency wars, and a move to de-dollarize are driving emerging market central banks to up their gold purchases, ANZ senior commodity strategist Daniel Hynes and commodity strategist Soni Kumari said in a report published at the end of August.

“In the current environment, where uncertainty in emerging-market currencies is high, we see a good reason for countries like Russia, Turkey, Kazakhstan, and China to continue to diversify their portfolios,” Hynes and Kumari wrote.

Central banks’ acquisitions of the yellow metal are likely to remain above 650 tons per year, the strategists added.

The biggest central bank gold purchasers this year have been China and Russia. Figures out of Russia revealed that the country’s central bank added more than 96 tonnes of gold since the beginning of 2019. During the last decade, Russia’s gold reserves have gone from 2% to 19% as of the end of 2018 Q4, according to the World Gold Council’s (WGC) data.