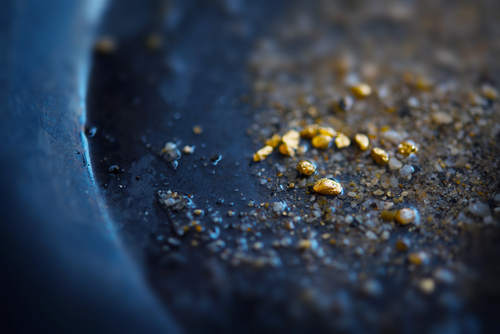 (Kitco News) - Gold is seeing its best gains in more than three years as prices hold critical support above $1,500 an ounce; however the junior mining sector continues to suffer from an inconsistent interest with some companies able to raise capital and others still struggling.

Gold prices are up $200 since the start of the year, but the TSX Venture Index ($JX), which is heavily weighted with junior explorers, has hardly moved this past summer. The index last traded at 585 points.

George Salamis, president and CEO of Integra Resources (TSX.V: ITR), said that although it’s only a matter of time before money starts to flow in the junior sector in a meaningful way, companies still have work to do to earn back investors’ trust.

He added that exploration companies that can continue to de-risk their projects, grow their reserves and add shareholder value will be the companies that see the investment inflows. Brown-field projects like Integra Resource’s DeLamar project in Southern Idaho will attract investment capital because there is already proven mineralization and it’s just a matter of defining the total resource.

“You can see some optimism creeping back into the market,” he said. “For the first time in like six or seven years I have investors asking me: ‘What does this project look like at $1,600 or $1,650 gold’,” he said. “Nobody is talking about the down side in the market. That is really good news; there is a shift change going on the buy side.”

Salamis comments come as the company released its maiden preliminary economic assessment (PEA) for its DeLamar project, Monday. In the report Integra said the project is amenable to open pit heap leaching with a proposed 27,000 tonnes per day facility complemented by a 2,000 tonnes per day milling facility.

The assessment estimated that life-of-mine (LOM) all-in sustaining cash costs would be around $619 an ounce net of silver by-product, or $742 a gold equivalent ounce.

“Integra’s maiden DeLamar project PEA highlights a strong premise for an extraordinary, high-margin and long-life mining operation in a great Tier 1, infrastructure-rich mining jurisdiction like southwestern Idaho,” said Salamis. “This study is simply a starting point for us in terms of further value enhancement to come in the near-term.”

As to what will bring investors back to the junior miners’ table, Salamis said that the sector’s M&A potential continues to be a strong selling point. He added that the market continues to digest the major mergers this year between Barrick and Randgold and Newmont and Goldcorp; however he added he expects that there will soon be renewed appetite for junior explorers.

The major producers still have to deal with the major problem of falling production, he said.

“There has been some major consolidation among the major producers but the next round of M&A will be focused on the juniors and I think that is just around the corner,” he said.