There is precious metal potential on the moon - Canadian study 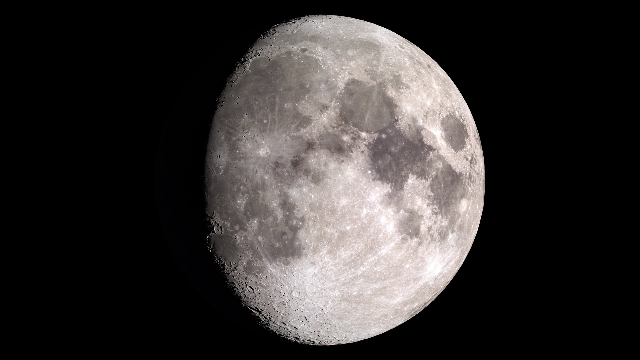 (Kitco News) - As the idea of space mining moves from the realm of science fiction to reality, one Canadian researcher says that the moon might be a potential resource for precious metals.

In a recent study, James Brenan, a professor at the Department of Earth and Environmental Sciences at Dalhousie and lead author of the research paper, said that a source of precious metals may be locked deep below the moon’s surface.

In collaboration with geologists at Carleton University and the Geophysical Laboratory in Washington, D.C, the research looked at possible similarities between mineral deposits found on Earth and the moon.

“We have been able to link the sulfur content of lunar volcanic rocks to the presence of iron sulfide deep inside the moon,” said Brenan.  “Examination of mineral deposits on Earth suggests that iron sulfide is a great place to store precious metals, like platinum and palladium.”

According to the researchers, the latest theory helps to shed some light on earlier research that in 2006 showed low precious metal concentration in lunar volcanic rocks. Brenan’s research suggests that the precious metals are locked in iron sulfide deep within the moon, which made them unavailable to the magmas that flowed out onto the lunar surface.

“Our results show that sulfur in lunar volcanic rocks is a fingerprint for the presence of iron sulfide in the rocky interior of the moon, which is where we think the precious metals were left behind when the lavas were created,” he said.”

While the latest research speculates about the presence of precious metals on the moon, Brenan said that they will require samples from the deep, rocky part of the moon where the lunar lavas originated in order to confirm their findings.

As to potential drill targets on the moon for space explorers, Brenan said that the South Pole could be the place to start.